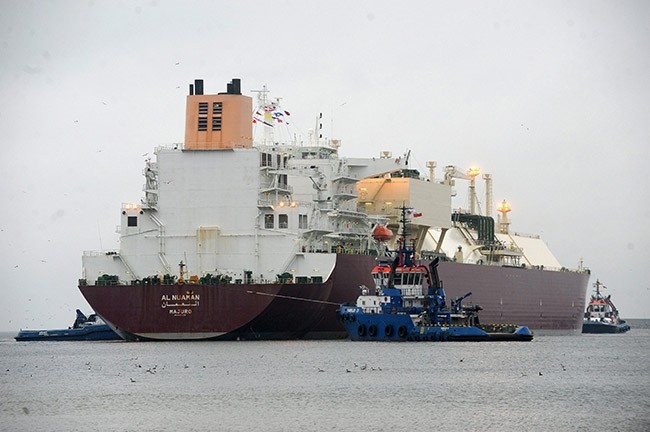 Energy-rich Qatar said Tuesday it plans to increase natural gas production by 30 percent over the next several years, as it faces pressure from its neighbours in a diplomatic crisis.

Saad Sherida Al-Kaabi, the head of Qatar Petroleum, told a press conference that the emirate intends to raise production to 100 million tonnes of natural gas a year by 2024.

"We will remain the leader of LNG for a very long time."

Qatar's current production is up to 77 million tonnes per year. The expansion will increase output levels up to the equivalent of six million barrels of oil per day, Kaabi said.

Kaabi said Qatar wanted the production increase to be carried out through a joint venture with international companies.

But he added that the emirate would still go ahead with it even if Saudi Arabia and its allies made good on their threat to sanction any international firm working with Qatar if it failed to meet their demands.

"If there are no companies willing to work with us, we will do the 100 million tonnes," he said.

The Saudi-led anti-Qatar axis issued an ultimatum last week, including demands Qatar shut down a Turkish military base in Doha, shutting Al Jazeera and curbing ties with Iran.

On Monday, Qatar gave its response to a 13-point list of demands its neighbors made for lifting their sanctions.