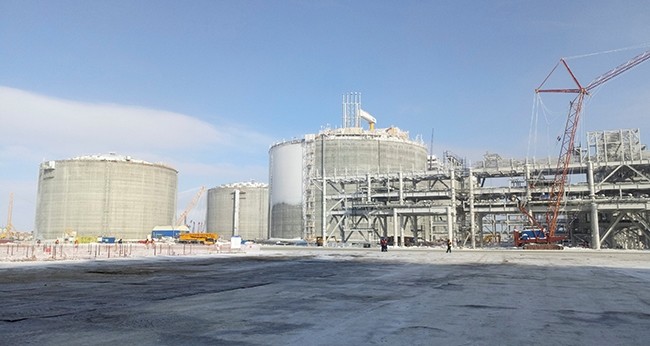 Russian Energy Minister Alexander Novak said energy cooperation with Saudi Arabia was "top-flight" and would deepen if Riyadh took up an offer to participate in Russia's Arctic gas project.

Russia and Saudi Arabia, the world's top oil producers, joined forces in the past year in a deal with other nations to cut oil output and lift oil prices, although that effort has been undermined by rising production elsewhere.

"Our cooperation with Saudi Arabia has been at a top-flight level," Novak told Reuters in an interview.

To expand cooperation, he said state-owned Saudi Aramco was offered a role in the Arctic LNG-2 project led by Russia's largest private gas producer Novatek, which aims to start building the first processing unit, or train, to produce liquefied natural gas (LNG) in 2022-2023.

"Saudi Aramco was offered different options of participation in Arctic LNG-2," Novak said, without elaborating on the kind of role envisaged for Saudi Arabia.

"Our colleagues (in Saudi Arabia) were interested in it and have been looking at the proposals," he said.

In early June, Saudi Energy Minister Khalid al-Falih was asked by Russia's TASS news agency whether the kingdom would be interested in taking part in Arctic LNG-2. He responded: "All is possible but it's premature to talk about specifics."

Partners for Arctic LNG-2, which aims to produce at least 16.5 million tonnes of LNG per year, have yet to be chosen.

Novak has previously said Japanese firms had shown an interest in the project, while Novatek has said Chinese companies and France's Total were studying it.

Novatek's head and its largest shareholder, Leonid Mikhelson, has said Novatek could offer up to 49 percent in Arctic LNG-2 to foreign investors.

Western sanctions imposed on Russia for its role in a row with Ukraine have deterred some Western investors and banks.

Novatek, with Chinese partners and its shareholder Total, is building another gas liquefaction plant, Yamal LNG, that is expected to start production in the fourth quarter of 2017.

Russia is looking to increase its global LNG market share from just under 5 percent currently to 10 percent by 2020.

Novak said there were other areas for Russian energy cooperation with Saudi Arabia. "Our companies are interested in working in Saudi Arabia. There is a huge market and large volumes of production," he said.