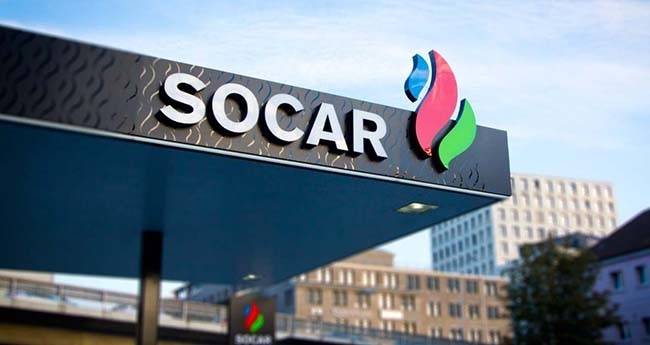 Azerbaijan has invested $12.6 billion out of planned $19.5 billion worth of investments in Turkey, the CEO of the State Oil Company of Azerbaijan Republic (SOCAR) Rövnag Abdullayev said Monday.

According to Abdullayev, 51 percent of foreign investments in Turkey last year were made by SOCAR, and it is currently involved in several grand energy projects, including Petkim, Petlim, STAR Refinery and the Trans-Anatolian Natural Gas Pipeline.

"After Petlim, which is the deepest port of the Aegean Region, we believe that STAR Refinery, 90 percent of which has been completed, will start operating next year and will play an important role in decreasing Turkey's current energy deficit. The STAR Refinery, a $6 billion investment, will have an annual crude oil processing capacity of 10 million tons," Abdullayev said.

Abdullayev also said that next year TANAP would transfer gas to Turkey for the first time, adding that by 2020 the pipeline would export 16 billion cubic meters of gas to Europe.

Gas from Azerbaijan and other places will play an important role in meeting Europe's demand for natural gas, which grew by 7.1 percent this year, Abdullayev said.

He noted that the "Southern Gas Corridor" project, which is 87 percent completed, will be profitable for a long period of time for the energy sector in both Azerbaijan and Turkey.

The Southern Gas Corridor "is one of the top priority projects for the EU, which will transport 10 billion cubic meters of Azerbaijani gas from the Caspian region through Georgia and Turkey to Europe," Abdullayev added.