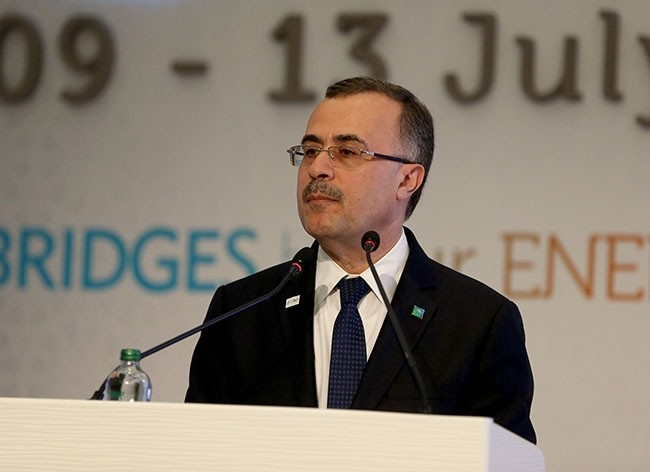 Oil and gas will remain central to the world's supply of energy for decades to come, despite a surge of interest in renewables, the chief executive of giant producer Saudi Aramco Amin Nasser said Monday.

Oil major bosses and energy ministers are meeting at the World Petroleum Congress in Istanbul, with the outlook clouded by low crude oil prices and exacerbated by the drive towards renewables which have driven down investment to record lows.

Nasser stressed the need to ramp up investment in underlining the continuing energy importance of oil and gas.

"Financial investors are shying away from making much needed investment," he said, warning that without higher investment levels "energy transition and energy security may be fatally compromised."

Meanwhile, the decision announced last week by Volvo to phase out petrol-only cars from 2019 in favor of electric has also sent ripples of concern around the industry.

The chief of the Saudi Arabian energy giant said that there is "widespread agreement" that even as the world moves to greater use of renewables over fossil fuels, "petroleum will continue to be the heart of the energy mix."

He said that while "expectations for alternatives are through the roof" history shows that energy transitions to different sources tend to be "long and complex processes".

"The renewables still have major challenges, they do not compete with oil. It takes a long time for new fuels to seize market share," he said, noting that electric cars would also still need time to take off.

With the global economy forecast to grow sharply as populations increase, he said it is a "mistaken assumption that alternatives will be rapidly deployed".

"Rising demand for all sources of energy, with oil and gas at the heart of the mix, will be the reality for decades to come," he said.

Nasser said that despite the clear importance of oil and gas in the future energy mix, the outlook was harmed by the tens of billions lost in deferred and canceled investment since the current spate of low oil prices began.

The downturn has blown a major hole in the budgets of key OPEC and non-OPEC producers reliant on robust oil prices for healthy finances.

He confirmed that to counter the sliding investment trend, Saudi Aramco plans to invest some $300 billion in the coming years. The kingdom is also planning to part privatize the energy behemoth, although Nasser did not refer to this in his speech.

"We plan to invest more than $300 billion over the coming decade to reinforce our pre-eminent position in oil, maintain our spare oil production capacity, and pursue a large exploration and production program centering on conventional and unconventional gas resources," Nasser said.

Nasser said that one of Aramco's priorities was "direct conversion of crude oil into petrochemicals" while adding the company was also focusing on solar and wind projects.