Turkey is the new 'Silk Road' of energy, Erdoğan says 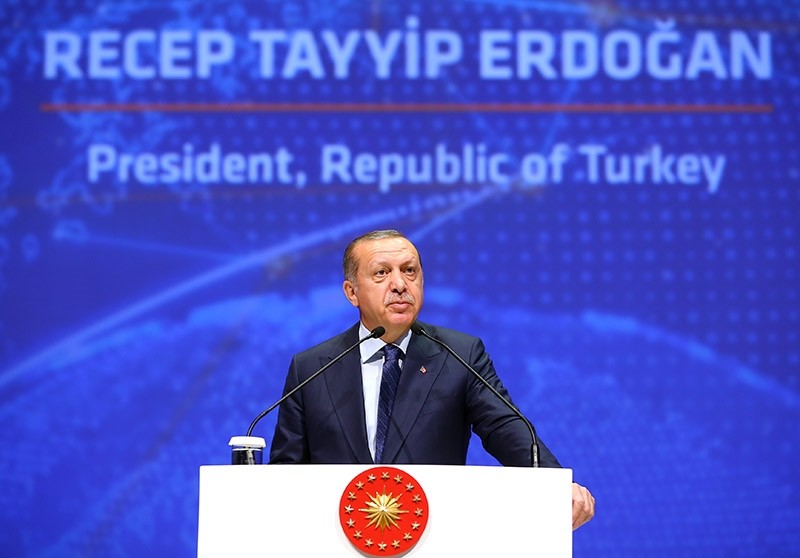 Turkey is now called the "Silk Road of Energy" by many experts, due to its strategic geopolitical location, President Recep Tayyip Erdoğan said Monday.

Speaking at the 22nd World Petroleum Congress, Erdoğan said that Turkey is a "natural bridge" between energy producers and consumers.

The president highlighted that reducing foreign dependency and optimal use of local resources are necessary factors to ensure sustainability of Turkey's growth.

Erdoğan will later meet visiting heads of state in a closed meeting at the Mabeyn presidential pavilion.

Also addressing the congress was Prime Minister Binali Yıldırım who said: "As Turkey, the ultimate aim of our energy policies is to ensure the peace and well-being of our nation by increasing energy security, [and its] diversity."

Yıldırım said Turkey also gave great importance to the energy security of neighboring countries -- both their producers and consumers.

"Energy security can only be ensured through a cooperative and coherent method of struggle," he added.

High-level executives from leading energy companies and up to 50 energy ministers will be attending the Istanbul congress.