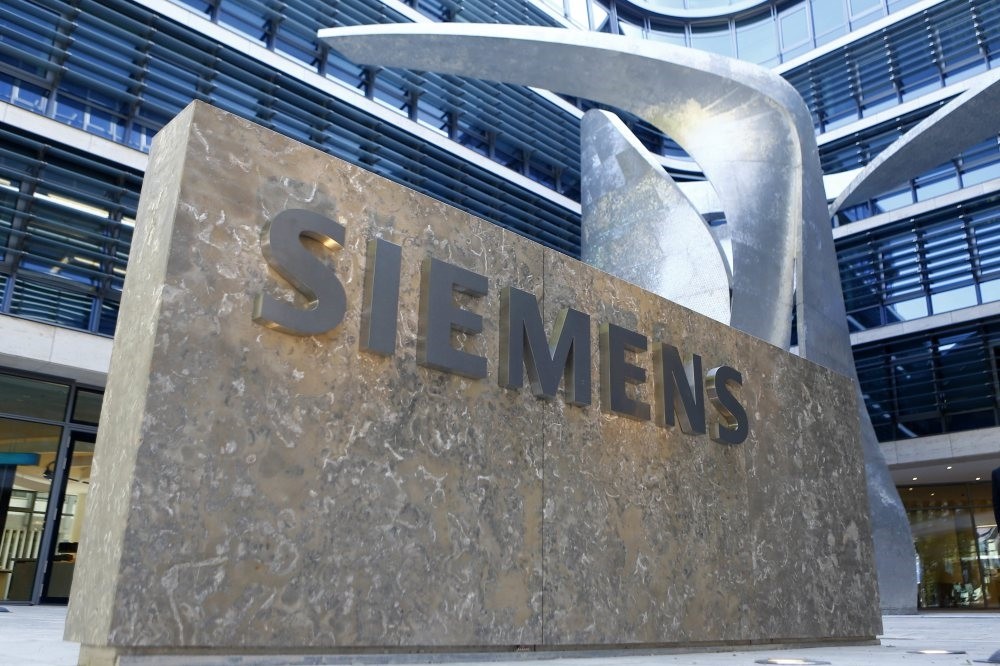 The logo of German industrial conglomerate Siemens at the headquarters in Munich, Germany.
by Jul 11, 2017 12:00 am

Russian-registered ZAO Interautomatika, a firm part-owned by Germany's Siemens, has supplied energy technology to be used in two power plants under construction in Crimea, a region subject to European Union sanctions

A firm part-owned by Germany's Siemens has been hired to help install electricity turbines in Crimea, a region subject to European Union sanctions barring EU firms from supplying it with energy technology, three sources close to the project told Reuters.

Reuters exclusively reported earlier this week, citing sources with knowledge of the delivery, that Russia had delivered Siemens-made turbines to Crimea for use in two power plants under construction there.

However, the three sources said that one of the firms involved in the installation and commissioning of the turbines in Crimea is Russian-registered ZAO Interautomatika. Siemens has a 45.7 percent stake in the firm, according to public records.

According to its website, the systems that Interautomatika offers to clients "are based on the use of technology that is produced by Siemens, or under license from Siemens."

On Siemens' Russian language website, Interautomatika is described as a "Solution Partner" to the German firm.

Asked about the involvement of Interautomatika in the Crimea power plants project, a Siemens spokesman said in a statement provided to Reuters: "Siemens stands by its earlier position that no gas-turbine warranty, installation and commissioning support services will be provided."

"We are investigating the involvement of Interautomatika in the commissioning of gas turbines and any other services and if proven true, we will take all necessary and available steps to terminate any activities as soon as possible."

Technopromexport, the Russian state-owned firm which is building the two power plants, declined to answer questions about the issue. Interautomatika did not immediately respond to Reuters questions.

Reuters has not been able to determine if Siemens knew of or approved of the delivery of the turbines, or the role of Interautomatika in the power plant projects.

The turbines, and the role of Interautomatika, expose the Germany company to potential accusations of insufficient safeguards to ensure its equipment does not end up on territory most countries view as illegally annexed, some legal experts say.

In its statement on Friday, Siemens said it had no credible evidence about actual deliveries of its turbines to Crimea but had set up a task force to clarify the facts. It said it had taken all possible legal measures and would take operational steps to prevent the equipment from being used unlawfully.

The Kremlin wants to get the two Crimean power plants up and running to fulfil a promise, made by President Vladimir Putin, to ensure a stable power supply for the region's residents after it was annexed by Moscow from Ukraine in 2014.

The Siemens-made turbines are a vital component because they are the only ones that fit into the foundations already laid for the power plants, and Russian firms are not able to manufacture comparable equipment on their own.

Technopromexport, the main contractor on the project, said on Thursday that it bought the turbines on the secondary market. It did not disclose the seller or the manufacturer of the turbines. It said they had been modernized by specialised Russian factories and engineering companies which it did not name.

Delivering the turbines to the site of the power stations is only the start of a complex process to get them running. They are highly sophisticated pieces of equipment packed with electronics and running off specialist software.

They therefore require specialist engineers to install and commission them.

One of the three sources, who all spoke on condition of anonymity because of the sensitivity of the issue, said a contract had been signed under which Interautomatika, together with other Russian firms, would provide commissioning services for the turbines in Crimea.

The source did not say when the contract with Interautomatika was signed, or who awarded the contract.

Reuters was not able to find documents on the award of such a contract.

EU sanctions bar European individuals and companies from providing energy technology to Crimea or from taking any actions designed to circumvent those rules due to the bloc's view that the peninsula was illegally stolen from Ukraine.

Legal experts say there are no court precedents to say whether Siemens could be held responsible if a third party supplied the technology to Crimea.

The European Commission did not respond to a request for comment on the delivery of the turbines. An EU source with knowledge of the issue said the EU has little ability to ensure compliance, leaving much of that to national governments.

When asked about the delivery of the turbines on Wednesday, a spokesman for German's Ministry for Economic Affairs said he had no immediate comment.

The other Interautomatika shareholders apart from Siemens are Technopromexport, with 17 percent, and VTI, a Russian power sector research institute, with 37 percent, according to the company's website.

Kremlin says power turbines in Crimea are made in Russia

Meanwhile, the Kremlin said on Monday that power turbines being installed in Crimea had been made in Russia using Russian components.

Kremlin spokesman Dmitry Peskov was commenting on a Reuters report that Russia has delivered electricity turbines made by Siemens to Crimea.

"Russian-produced turbines are indeed being installed in Crimea, assembled from Russian components," Peskov told reporters on a conference call.