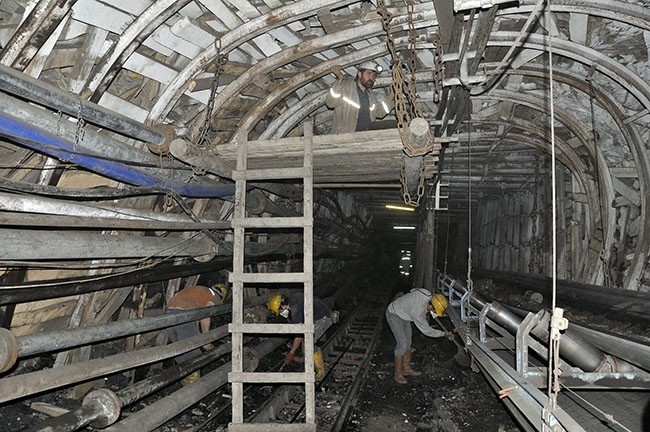 "The methane gas potential of Turkey's coal mines is around 130 billion cubic meters and is equivalent to $37 billion," Koca said during a special session at the World Petroleum Congress in Istanbul.

CSM is a type of gas that can be found in working mine sites. It is extracted from the air in coalmines to help improve safety and in preventing uncontrolled release of methane into the atmosphere.

Methane can also act as a valuable source of energy. It is the principal constituent of natural gas, allowing countries to further diversify their energy supplies.

According to Koca, Turkey is very close to completing new regulations in the sector. The new regulation will ensure that mining companies will require a license to extract methane gas. The regulation will come into effect once it is officially published in the Turkish Official Gazette, anticipated to be in a matter of weeks.

CSM has the potential to make a substantial contribution to Turkey's economy, Koca said.

Koca confirmed that the license to extract methane gas is dependent on the mine having 5 cubic meters of methane gas capacity per tonne of coal as per the new regulations.

Methane has significant effects as a greenhouse gas being 21 times higher than that of carbon dioxide. Therefore its capture and use in gas engines, which negates its release into the atmosphere, promises to have significant environmental benefits.

A range of technologies is available to recover methane from coal, according to World Coal Association, such as Coal Bed Methane (CBM), Coal Mine Methane (CMM) and Abandoned Mine Methane (AMM).

In CBM technology, methane is recovered from un-mined coal seams. The coal seams may be mined in the future but this is largely dependent upon geological factors, such as coal depth and quality.

CMM involves methane recovered during mining activities while the coal is in the process of being extracted and thus emitting significant quantities of the gas.

AMM ensures that methane is recovered from mines that have been abandoned following the completion of mining operations.