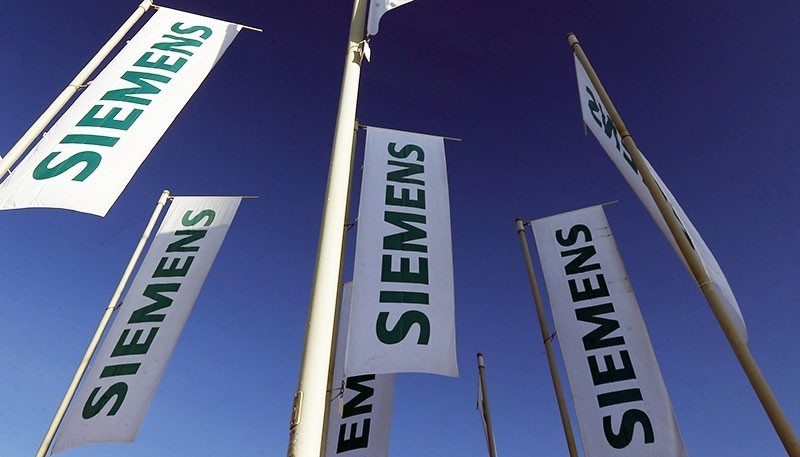 In the recent political row between Turkey and Germany, German government officials tried to spark economic tensions through the harsh statements, yet Thursday's wind power tender, for which the consortium of German giant Siemens won the contract, did not give in to the short-term political ploys and proved the durable commercial partnership between the two countries

Business does not necessarily have to surrender to political agendas as certain investment decisions are too important to be jeopardized by shortsighted diplomatic or political outbursts.

On Thursday, another mega energy project in Turkey was commissioned with a contract to establish a 1,000-megawatt (MW) wind power plant as part of the Turkey's Renewable Energy Resource Areas (YEKA), requiring the mobilization of domestic and renewable energy resources to decrease energy import dependence totalling $55 billion per year.

What was particularly striking about this project doesn't just concern tender specifications stipulating that the winning company has to found a factory to produced wind turbines with domestic resources, hire local engineers and invest in research and development (R&D) activities to transform Turkey into a base where energy technology is produced, emphasized Energy and Natural Resources Minister Berat Albayrak during a press conference following the tender.Another peculiarity of this tender was that German giant Siemens -- its renewable energy subsidiary Siemens Gamesa – and two Turkish partners Türkerler and Kalyon won the contract to construct the wind power plant by offering a feed-in-tariff of $3.48 per kilowatt hour, down from $10.30, setting a worldwide record.

This German-Turkish energy partnership has been construed as the failure of attempts by German ministers to extend the impact of recently strained political ties to economic realms. As the decision was welcomed by investors and the Turkish media, the small coverage in the German media generally pointed out that Siemens' investment in Turkish wind power came at a time of tension between Turkey and Germany. They also highlighted that Siemens does not seem to have been deterred by the warnings of German ministers. To name a few, Deutsche Welle drew attention to the warning of the German federal government and highlighted that Siemens cannot be deterred from its investment decisions in Turkey.Drawing attention to the recent state of affairs in Turkish-German relations that escalated when Berlin threatened Ankara with economic sanctions after the detention of German citizens and the statements of the German government warning German businesses in Turkey not to invest in the country after allegations that Turkey launched a probe into a list of German companies hit the wires, Deutsche Welle wrote: "German-Turkish relations are tense as never before. The federal government had even advised against investing in Turkey. Siemens cannot be deterred by these statements" he said, referring to Albayrak's statements expressing his hope that this partnership will contribute to the amelioration of Turkish-German ties.

Siemens's decision to partake in one of the most important energy projects in Turkey, which Albayrak described as a milestone, effectively proves the previously discussed point that political tension will not get in the way of an economic partnership between Germany and Turkey. Right after the outburst of German officials, Daily Sabah contacted German giants like Henkel, Mercedes, MAN and Siemens. The officials of these companies said that their commitments to the Turkish investment climate are long-term and remain unaffected by the temporary crises. German business representatives also emphasized the long-standing, familial ties between Turkish and German businesses last week.

Underscoring Turkey's potential in wind power, Thuman said: "Turkey has a very perfect location for wind power and offers a lot of investment perspectives. … Siemens clearly sees this potential and this investment for Siemens as a strong commitment for the future."

Thumann also cited European sanctions on Russia imposed after the annexation of Crimea, highlighting that although German businesses comply with the sanctions, they are not withdrawing from Russia because governments seek short-term goals, while companies base their moves on the long-term and very well-calculated plans. "Companies do not comply with the temporary political hiccups while setting their important investment agenda," Thuman said.

Jan Nöther, secretary-general of the German-Turkish Chamber of Commerce and Industry and member of the board of directors, told Daily Sabah that the recent Siemens-Türkerler-Kalyon partnership in the Turkish energy sector demonstrates the trust of German companies in Turkey.

"The fact that the contract was awarded to a consortium including a German company Siemens proves the permanent trust of the German industry in the Turkish market," Nöther said.

The features of the three companies in the consortium are that they complement one another and harmoniously cooperate, which has given birth to a partnership that trusts in the Turkish economy, Daily Sabah was told by officials from Siemens Turkey.

Referring to the experience of Kalyon İnşaat and their mega-scale construction projects and the company's determination to grow in the energy industry, the project development experience enjoyed by Türkerler Enerji and the innovative and efficiency-oriented technologies of Siemens Gamesa Renewable Energy feature strongly in the consortium as they expect to deliver all the tender requirements, particularly the establishment of plants in five different regions in Turkey as well as the foundation of a wind turbine factory, with over $100 million in investments, and the employment of cutting-edge technology with R&D investments.

Expressing the pride the company feels in having undertaken such a significant project, the officials said: "With the new factory and R&D center to be established in Turkey, we at Siemens Turkey aim to contribute to employment and the domestic economy."