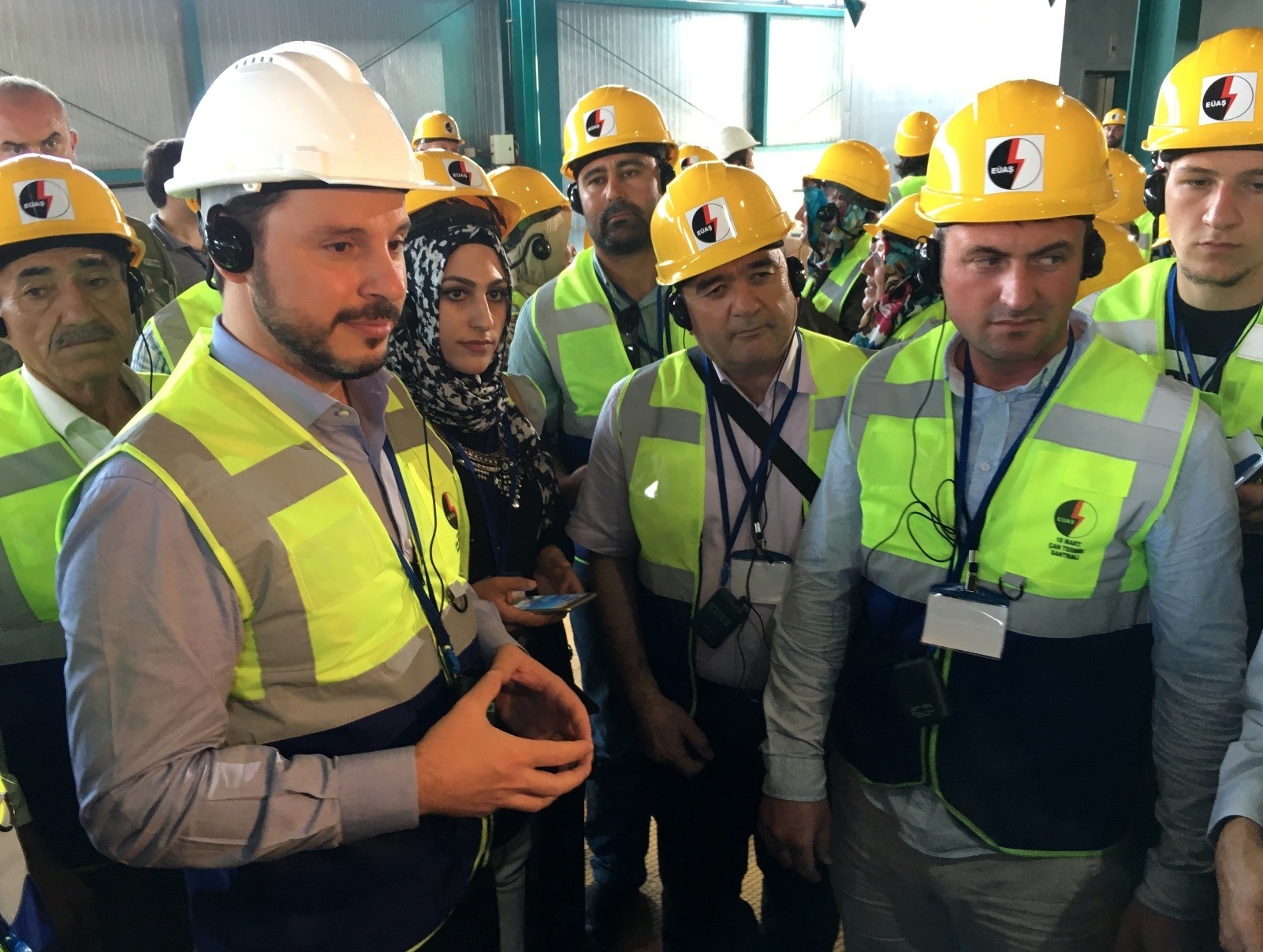 Energy and Natural Resources Minister Berat Albayrak stated that the ministry would complete all the filtering systems of the old-generation power plants by 2019 based on the latest environmental criteria, stressing the role of new technology in increasing efficiency and managing the environmental impact of thermal power plants.

Albayrak visited the March 18 Çan Thermal Power Plant, located in Çanakkale's Çan district, where he held a meeting with the economy editors of television channels.

Stressing that the concept of domestic coal production and domestic power plant development are very important for Turkey, Albayrak said Turkey has 15 billion tons of coal reserves. The minister noted, "With exploratory drilling activities, this figure will dramatically increase over the next five to 10 years and, with the results of new exploration and the subsequent findings in strategical, regional, geophysical, and geo-chemical terms, we will gain access to more concrete, larger resources in the upcoming period." Albayrak said fluidized-bed technologies called "the new generation" of technology are one of the first examples of developments at the power plant in Çan district, adding that the plant has seized upon a very important environmental trend in terms of reducing sulfur, thanks to cutting-edge developments in technology.

Referring to old-generation power plants in Turkey, Albayrak noted that the filtering systems would be completed based on the latest environmental criterion in all of Turkey's existing old plants by 2019, adding that they have held one-on-one meetings with all the companies about renewing their entire filtration and funneling systems in line with the latest technological filtering and environmental criteria. If the systems are not successfully completed, the ministry will fall out and sever ties with these companies. The new criterion apply to all new power plants operating in both the public and private sector. Emphasizing the need to approach environmental issues more sensitively, Albayrak stated that all power plants to be built from now on will be in line with EU standards and will exceed such standards in terms of quality. The old power plants will the required to abide by the new criteria by 2019 at the latest.

Noting that new technology offers benefits in terms of productivity and environmental factors, Albayrak said that old-generation power plants are far behind in terms of filtration and funneling systems, adding that they have different investment needs in terms of technology and efficiency.