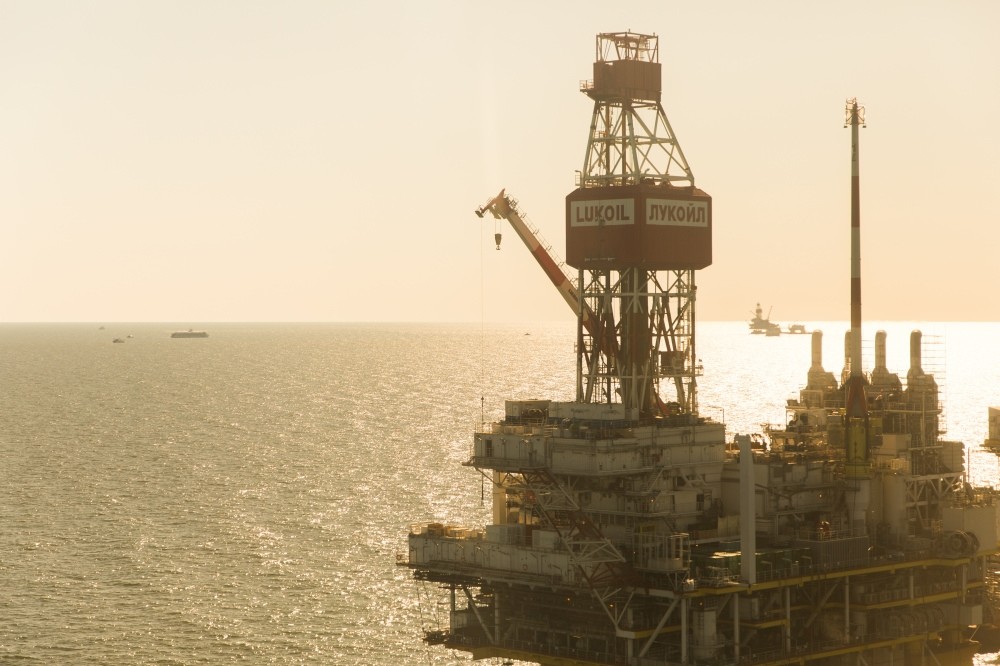 Russian energy giant Lukoil and the State Oil Company of Azerbaijan Republic (SOCAR) launched consultations in order to increase their investments in Turkey. Looking for new partnerships in the Turkish fuel market, SOCAR and Lukoil plan to purchase the assets of third parties. Lukoil Senior Vice President of Sales and Supplies Vadim Vorobyov said the Turkish petroleum products market is of strategic importance for Lukoil operations and the company is continuously seeking opportunities to expand its share there.

"The Turkish fuel market maintains its attraction for Lukoil. We have invested around $1 billion in Turkey," he noted.

Lukoil Vice President Vorobyov elaborated on Lukoil's objectives for the global and Turkish market in a meeting with Turkish journalists in Moscow. Responding to the questions from journalists, the vice president stressed that the company is operating in 40 countries in oil, natural gas and petrochemicals, informing that Lukoil has recently started doing business in electricity generation.

Lukoil not shutting down Turkey operations

Stating that Lukoil holds between 5 and 6 percent of the Turkish fuel market, Vorobyov emphasized that companies in Turkey that operated during the period of 2000-2010 secured more profits than those in Europe. Noting that Lukoil has made an investment worth more than $1 billion, the vice president said, "However, after our investments, the legislation on fuel retail sites in Turkey was transformed in a negative way. Legislation on decreasing the margin of dealership had negative effects on the outcome. But, we understand that there are reasons for this legislation. Still, we cannot sat that the Turkish market is not attractive to invest in. We do not consider withdrawing from Turkey.

Underscoring that Lukoil is ready to partner up with companies operating in Turkey, Vorobyov said, "The Turkish petroleum product market is of strategic importance for Lukoil and the company is scouting cooperation opportunities." He confirmed that Lukoil and SOCAR are negotiating the common acquisition assets for sale in the Turkish market. No conclusion has yet been reached, Vorobyov said, while reiterating the importance of the Turkish markets within Lukoil operations and informing that Lukoil operations in Turkey sell 1.5 million tons of fuel per year.

Vorobyov highlighted that the sanctions imposed by the U.S. are affecting their projects. "We do not know what will happen to our overseas projects. The previous scope of the sanction only applied to the Russian borders. Now, the U.S. has widened the scope. So, I think it will be more difficult for us to carry out our projects abroad in the period to come," the Lukoil vice president said.

Entering the Turkish market in 2007, Russian oil company Lukoil has been expanding its operations in the country. Currently, it is reported to have 600 retail sites across Turkey with 600,000 cubic meters of fuel sold annually.

SOCAR's investment in Turkey began when the company acquired the country's leading petrochemical company PETKİM in 2008. The company's investments in Turkey have reached $18 billion since 2008.

One of the major investment projects the company is conducting in line with that goal is the SOCAR Turkey Aegean Refinery (STAR) at PETKİM Peninsula in İzmir. STAR, which has a capacity of 10 million tons of crude oil and has an investment of $6 billion, is 90-percent complete and plans are in place to put the refinery in operation next year. It is expected to compensate for 50 percent of Turkey's current energy deficit.

According to information obtained during a visit to the V. Filanovsky oil field developed by Lukoil in the Caspian Sea, the company invested $8.7 billion in the development of projects in the region during the 2002-2016 period.

V. Filanovsky, the most recent among Lukoil's investments in the Caspian Sea and one of the biggest offshore oil fields of Russia, started production on October 31, 2016. The second phase of V. Filanovsky, which registered 3 million tons of oil production by last month, has been initiated. The company plans to complete work on the second phase by the end of this year.