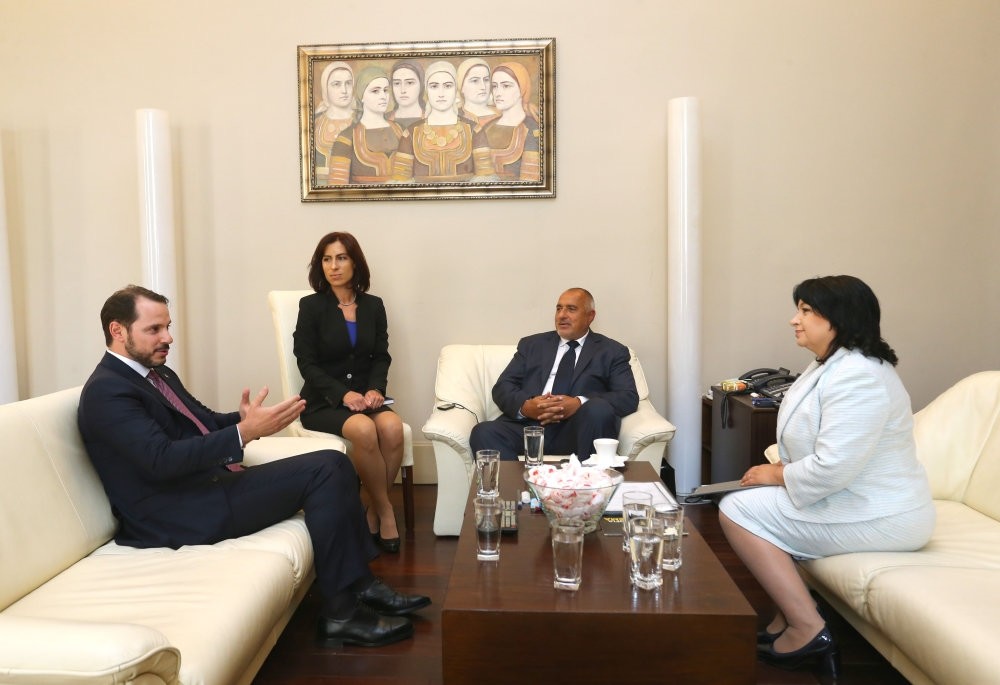 Energy and Natural Resources Minister Berat Albayrak met Bulgarian Prime Minister Boyko Borisov and Energy Minister Temenuzhka Petkova in Sofia Wednesday. At the meetings, Turkey and Bulgaria expressed their determination to reinvigorate their partnership in the energy sector, especially in electricity and natural gas.Albayrak and his Bulgarian counterpart Petkova discussed energy cooperation and potential projects between Turkey and Bulgaria.

The ministers reportedly agreed on the mobilization, development, and partnership in natural gas and electricity.

Albayrak and the Bulgarian energy minister talked about their decisive approach towards the actualization of the Gas Interconnection Turkey-Bulgaria (ITB) project, which is a common natural gas transmission network supported by the governments of both countries.

ITB aims to develop interconnectivity between Bulgaria's Bulgartransgaz EAD and Turkey's BOTAŞ gas networks. This would enable the diversification of natural gas sources, by supplying counterparts, as well as routes and in turn, increase the security of supply in the region and improve competition.The project, as part of the Southern Gas Corridor, is crucial in terms of security and diversification of the sources and routes of natural gas supply to and through Bulgaria and the rest of Europe.

In addition, the ministers highlighted their support behind the initiatives to expand the volume of energy trade to the European Network of Transmission System Operators for Electricity (ENTSO-E) region by increasing the net transfer capacity between the two countries as well as investing on the ENTSO-E connection.

ENTSO-E represents 43 electricity transmission system operators (TSOs) from 36 countries across Europe, which also includes Turkey's TEİAŞ. TSOs are entities operating independently from the other electricity market players and are responsible for the bulk transmission of electric power on the main high voltage electric networks.