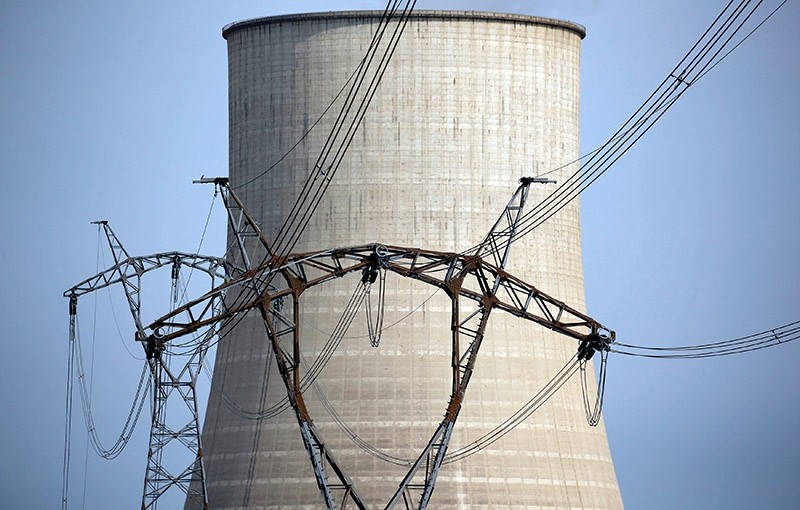 High-tension electrical power lines are seen near the Golfech nuclear plant on the border of the Garonne River between Agen and Toulouse, France, September 23, 2017. (Reuters Photo)
by Sep 25, 2017 12:00 am

The United Arab Emirates on Monday announced plans to open a nuclear power plant next year, in what would be a first for the emirate and the Arab Gulf region.

The $20-billion Barakah plant west of Abu Dhabi is being constructed by a consortium led by Korea Electric Power Corp.

Mazrouei said the first of four UAE nuclear reactors was 96 percent complete and would "definitely" start up next year after delays following safety checks.

He gave no exact date.

When fully operational, the four reactors will produce 5,600 megawatts of electricity.

Mazrouei said that "clean" energy was slated to make up 27 percent of the UAE's energy sources by 2021.

The oil-rich UAE aims to continue diversifying toward its goal of 50-percent clean energy by 2050.

Mazrouei announced that Abu Dhabi would soon host another first of its kind for the Gulf region: the International Ministerial Conference on Nuclear Power in the 21st Century.

The three-day conference starting October 30 would be organized by the International Atomic Energy Agency and discuss challenges related to nuclear power as well as innovations and technological advances.

Representatives from around 150 countries are expected to attend.