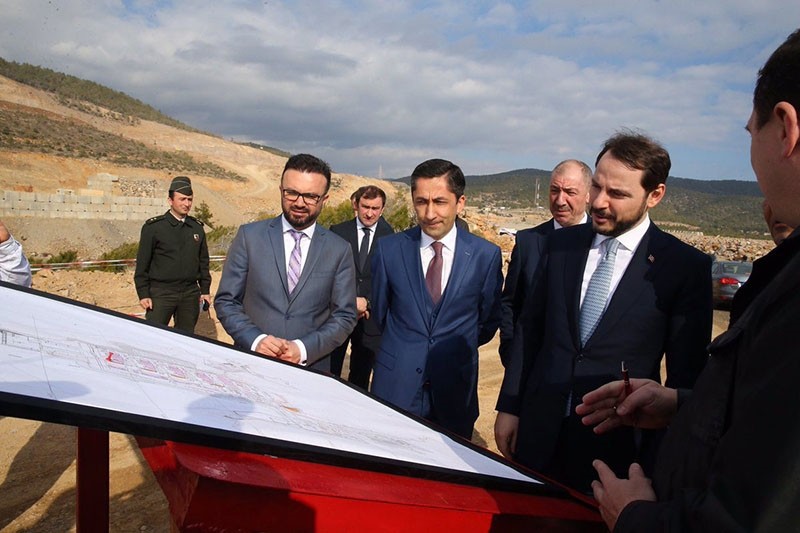 Construction of the Akkuyu Nuclear Power Plant (NPP) will start at the end of this year or the beginning of next year at the latest, Energy and Natural Resources Minister Berat Albayrak said at an energy event in the southern city of Antalya on Wednesday.

Russia's State Atomic Energy Corporation, Rosatom, plans to construct Turkey's first nuclear power plant in the southern province of Mersin on the Mediterranean coast. The plant has an operational date set for the first reactor by 2023, and the plant is expected to be up and running at full capacity by 2025.

According to Albayrak, the Turkish Atomic Energy Agency (TAEK), the country's regulatory body, is working on a detailed study for the construction permit for the plant. Albayrak stressed that in studies, even the slightest risk will be addressed in Turkey, a country new to nuclear technology. All work for localization has already started, he said.

The first agreement on Akkuyu Nuclear Power Plant was signed with Russia in 2010, when it was decided that Russia's state atomic energy corporation, Rosatom, would construct the facility. The plant will produce approximately 35 billion kilowatt-hours of electricity every year, once completed. The power plant will have a service life of 60 years.

With Turkey's energy imports amounting to about $50 billion annually and its energy demand among the fastest-growing in Europe, Ankara wants at least five percent of its electricity generation to come from nuclear energy in under a decade, cutting dependency on natural gas largely bought from Russia.

According to the data provided by the Ministry of Energy and Natural Resources, by January 2017, 449 nuclear reactors have been operating in 31 countries and 60 nuclear reactors are in the process of construction in 16 countries. These reactors account for 11 percent of the global electricity supply. On a country-by-country basis, France supplies about 76 percent, Ukraine 56 percent, Belgium 37 percent, Sweden 34 percent, South Korea 30 percent, the European Union (EU) 30 percent and the U.S. 20 percent of their electricity demand through nuclear power plants.

The cutting-edge technology developments that include such qualities as cooling for 72 hours without external human intervention, airplane crash protection, passive safety systems, digital control rooms, compact equipment and system designs and other vital advancements are reported to have made the design of nuclear power plants far safer and more secure.