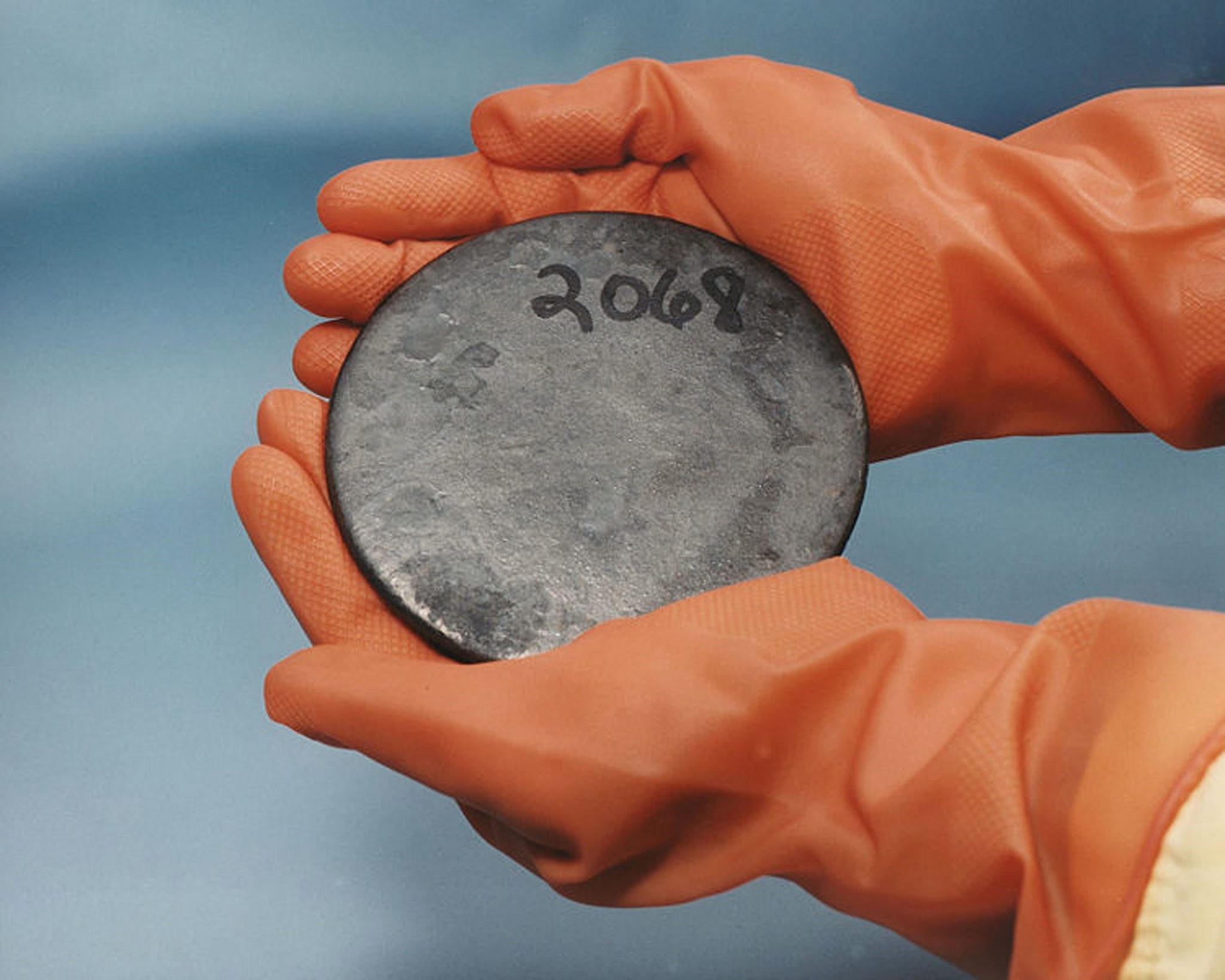 Photo shows a billet of highly enriched uranium that was recovered from scrap processed at the Y-12 National Security Complex Plant. (FILE Photo)
by Daily Sabah Oct 11, 2017 12:00 am

China is on schedule to complete the construction of a new power plant by 2019, when Kazakhstan will begin supplying uranium, Bozumbayev added.

Kazakhstan is the world's biggest uranium producer, controlling 40 percent of production worldwide, with 12 percent of the world's uranium under its soil, the World Nuclear Association reports.

The Central Asian country has no enrichment centers or nuclear power plants of its own, mostly exporting uranium in the form of triuranium octoxide or pellets, both of which require further processing before being used by power plants.

As of May 2017, China has 37 operating nuclear reactors, with 20 more under construction, according to the International Atomic Energy Agency.