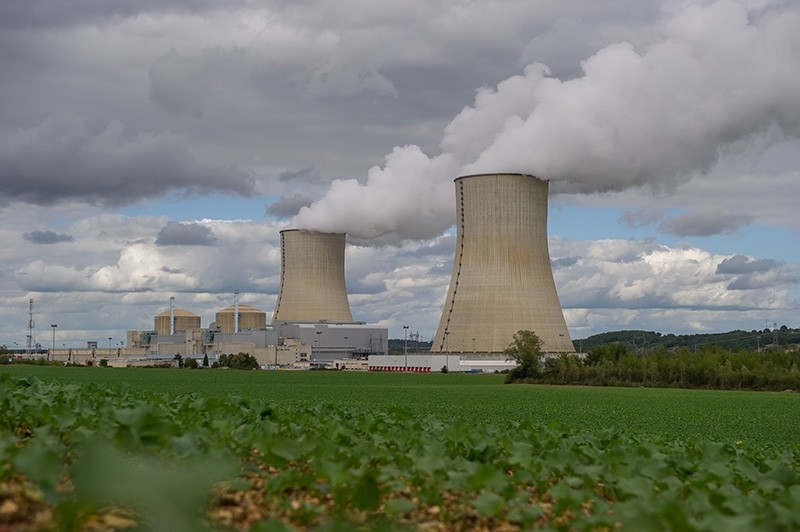 A picture taken on September 22, 2015 shows the Civaux Nuclear Power Plant at the edge of Vienne River between Confolens and Chauvigny, and 34 km southeast of Poitiers, Western France. (AFP Photo)
by reuters
Oct 28, 2017 12:00 am

France will detail at the end of 2018 how many nuclear reactors will close to meet a target on reducing atomic energy, Environment Minister Nicolas Hulot told French daily Le Monde on Saturday.

France aims to cut the share of atomic energy in power generation to 50 percent by 2025 from 75 percent now.

According to France's National Council of Industry, the nuclear sector supports about 220,000 jobs, directly and indirectly.

Hulot will lay out his so-called "green deal" on energy transition in the first half of 2018, he told Le Monde in an interview.

"In order to reduce to 50 percent the share of nuclear power, we will have to close a number of reactors," he said, adding that he would detail the exact figure under a multi-year plan to be presented at end of 2018.

Hulot said in July that as many as 17 of France's 58 reactors may need to close to meet the target, but he did not stick to that forecast in later comments on the subject.

The minister said he would take into account the need to avoid any electricity shortage during that transition, given the country's dependence on nuclear power.

France briefly faced the prospect of power cuts last winter, as power supply had then been hit by the closure of a third of country's ageing nuclear reactors for security checks.