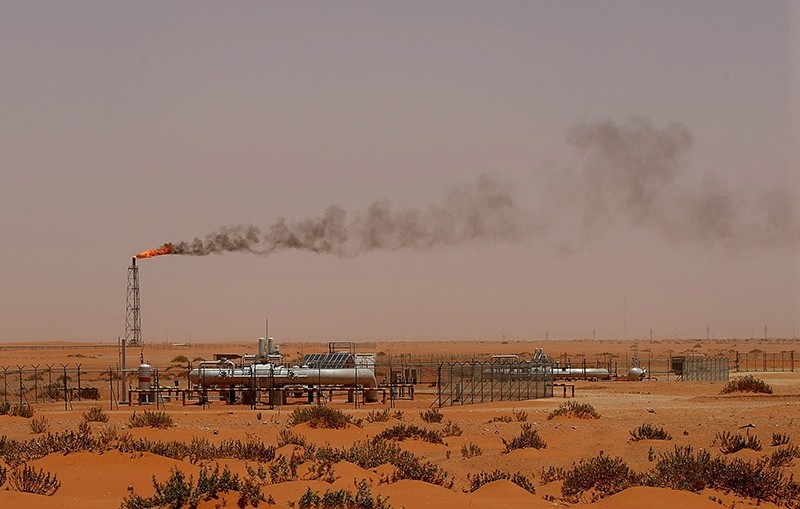 Oil jumped to a more than two-year peak as Saudi Arabia's crown prince cemented his power through an anti-corruption crackdown.

The news stirred concerns of Middle East money pulling out of some Asian markets.

Bin Salman's reforms include a plan to list parts of giant state-owned oil company Saudi Aramco next year, and a higher oil price is seen as beneficial for the market capitalization of the future listed company.

Saudi Arabia pursued a sweeping purge of the kingdom's upper ranks on Sunday, saying it would freeze the accounts of dozens of princes, ministers and a tycoon arrested as the crown prince cements his hold on power.

Separately, the head of the Saudi National Guard, once a leading contender to the throne, as well as the navy chief and the economy minister were replaced in a series of high-profile sackings that sent shock waves through the kingdom.

The dramatic shake-up comes at a time of unprecedented social and economic transformation in ultra-conservative Saudi Arabia, as Prince Mohammed steps up his reform drive for a post-oil era.

Saudi-owned Al Arabiya television reported that 11 princes, four current ministers and dozens of ex-ministers were arrested as the commission launched a probe into old cases such as floods that devastated the Red Sea city of Jeddah in 2009.