Turkey determined to continue energy projects in all spheres 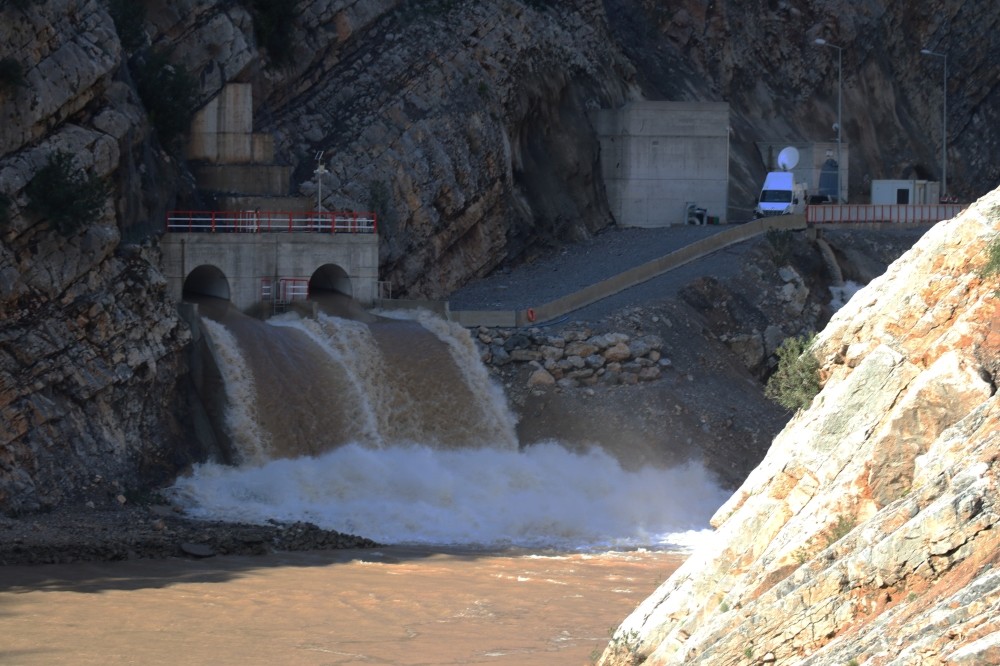 Determined to diversify its energy portfolio with the inclusion of more renewables and domestic resources, Turkey continues energy projects with full commitment to its energy policy to meet growing demand

Ensuring sustainable economic growth that exceeds 5 percent on average over the last 10 years, the demand for energy has also profoundly increased in Turkey. Therefore, the country has mobilized all its available resources with energy projects in renewables, coal, and is increasing storage and power generation capacities from natural gas. Referring to the numerous projects in wind, solar, coal and hydroelectric power plants, President Recep Tayyip Erdoğan emphasized that Turkey will rigorously continue realizing the country's energy projects with great determination, noting that the national energy and mining policy will be a significant driver for Turkey to achieve its goals in the upcoming years. Speaking at the opening ceremony of power generation plants that were built by the public and private sectors in 2017 across Turkey at the Presidential Complex, President Erdoğan noted that a total of 1,191 power plants with an aggregate capacity of 2,132 megawatts (MW) will be operational by the end of the year. Accordingly, a total of 2,774 plants with an 8,222-MW capacity will be added to Turkey's power generation system. Elaborating on the energy investments over the last 15 years, the president stated that the installed capacity increased from 32,000 MW to 83,000 MW during the said period. 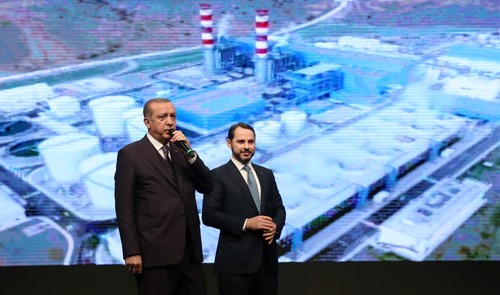 President Erdoğan further underscored that Turkey will continue to avail itself of every possible resource to expand its energy portfolio with hydroelectric, nuclear, wind, solar and coal plant projects. Stressing that the national energy and mining policy will enable Turkey to reach its goals to become one of the largest 10 economies in the world, the president also announced that a new program within the perspective of the national energy policy will be announced in early 2018.

Recalling the record feed-in-tariff secured in solar and wind power project tenders in March and August, respectively, the president highlighted that Turkey generates 32 percent of its energy from renewables, which puts the country ahead of France, Germany, Belgium, Australia, India and China.

Speaking at the same ceremony, Energy and Natural Resources Minister Berat Albayrak highlighted that 2,774 plants with an installed capacity of 8,222 MW have a total investment cost of $9 billion, which is a record figure in energy investments delivered in one year.

Albayrak also noted that Turkey does not only invest in energy generation, but also continues to invest in the modernization and improvements of old plants and infrastructures. Elaborating on the energy investments over the last 15 years, Minister Albayrak explained that more than $100 billion has been invested via public and private sector energy projects.

Energy Minister Albayrak underlined that research and development (R&D) and innovation-oriented transformation is important in energy technologies. "We will take pride in exporting 'Made in Turkey' marked solar panels and wind turbines to the world before 2019," Albayrak said.

"We continue to realize all these investments without reflecting the pressure on the exchange rate, which directly affects the energy sector, on our citizens," Albayrak said. At the end of the opening ceremony, the inaugurations of the power plants in Adana, Kırıkkale and Muğla were streamed live. The Kırıkkale Combine Cycle Power Plant, which generates electricity from natural gas with a capacity of 950 MW, was constructed by the Saudi-based ACWA Power. The project will be operating on a merchant basis and is expected to sell the dependable power capacity and electricity dispatched via bilateral contracts and in the balancing/day-ahead market.

The plant was constructed under a turnkey EPC contract with Samsung C&T Corporation. The scope of the works covered under the contract includes the construction of the BOTAS Fuel Connection Facilities (including the gas pipeline) and the TEIAS Power Transmission Facilities, including the transmission line to the interconnection point of Bağlum, which is approximately 120 kilometers from the project site. It will be operated and maintained by Nomac Enerji Üretim Işletme Ve Bakim Hizmetleri Limited Şirketi, a separate service company under an O&M Agreement established by the First National Operation & Maintenance Company LLC (NOMAC).