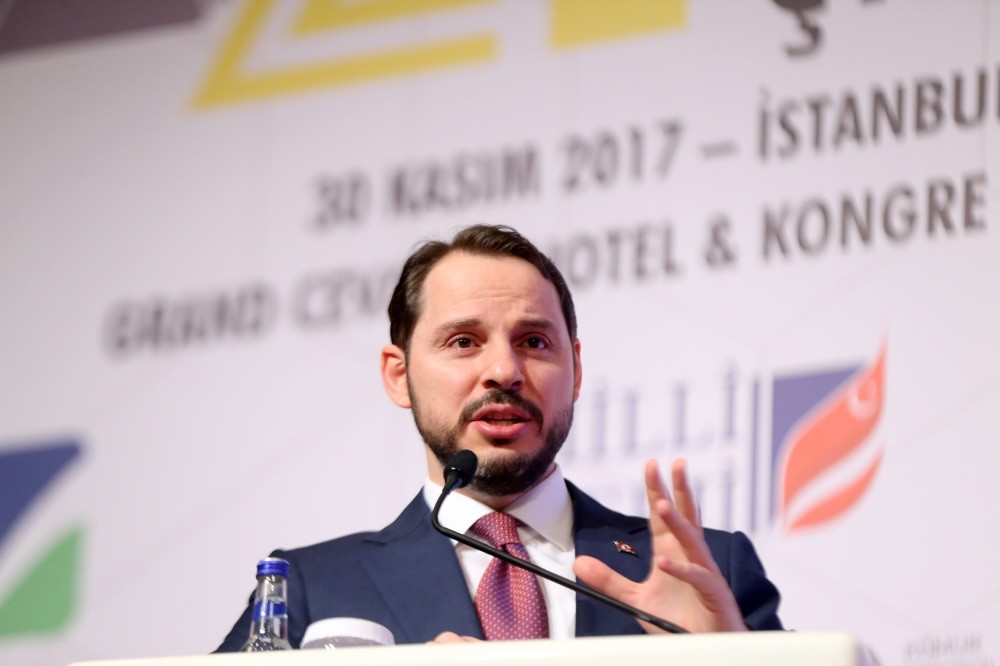 Energy Minister Albayrak said Thursday government is launching a smart coal strategy, explaining it will be built with a human- and science-oriented approach with transparency and open management

"Now we are launching the smart coal era in Turkish coal mining. We built our smart coal strategy on three key approaches. The basis of this approach is human orientation. At every step we take, in every strategy and application we realize, we will prioritize people," Energy and Natural Resources Minister Berat Albayrak said.

The energy minister also stressed that no practice or case that does not respect, prioritize and value humanity will be included on the roadmap.

He noted that the second approach is science orientation and emphasized the use of developing technologies in all processes of coal mining. He listed the third approach as transparent and open management.

Highlighting that the most important feature of AK Party governments for 15 years has been their regeneration, Albayrak introduced the domestic coal strategy they created in this context.

He pointed out that liberation from external dependence put forth with the National Energy and Mine Policy comes to the fore among the targets they want to achieve with this strategy.

"We will get rid of external dependence, but we do not intend to do it at any cost. We want to achieve this goal by establishing safe mining," the minister said, indicating that the goal outpacing liberation from external dependence is to establish safe coal mining.

Albayrak stated that they would benefit more from technology to increase productivity and production in coal mining, adding that this does not mean mining with fewer people.

He highlighted that they aim to increase the reputation of the industry at the same time. He said that mining should be seen as one of the best sectors in Turkey and it should be able to compete in all areas with examples in the world.

"We will further increase the frequency of our audits. We will conduct at least 7,000 audits next year," the minister announced.

Albayrak underlined that coal processing carried out in places where license and operation permission are not granted as a result of inspections carried out by the General Directorate of Mining Affairs (MIGEM) is illegal.

"We have made fighting illegality one of the basic pillars of our strategy. We will keep track of this by increasing inspections in this area and conducting audits every three months, especially on sites with penalty of closure or without licenses," he noted.

'Scientific approach will increase production'Albayrak indicated that underground coal mining in developed countries such as the United States or Australia has an average output of 11 tons/wage per employee, while this figure is 1.5 tons/wage in Turkey.

He said that this difference is an important point in terms of unit cost, technological worker safety and bringing capital efficiently to the economy of the country.

"So, in some areas we are still spinning our wheels," he added, noting that to increase this rate, it is beneficial to provide the security of the license law, determine regions with continuous reserves and switch to a mechanized system in coal vessels suitable for mechanization.

Stating that production figures in coal will increase gradually and that this increase will be possible with the scientific approach, the energy minister noted that it is necessary to switch to a full or semi-mechanized system in high reserves and wide areas and that these mechanical systems will be beneficial for safety.

Albayrak stressed that a secure mining culture should be established in Turkey within the scope of the new security concept regarded as one of the important pillars of the strategy. He said it is possible to always encounter elements that threaten security without forming such a culture."To create this culture, we are in talks with the world's leading universities and institutions in different countries about how to deal with the security issue in Turkish mining," the minister said. "We have also received a proposal from two of the world's leading universities on this subject, and we will hopefully launch it in December."

He stated that more attention would be paid to education in the mines, and that high-end virtual reality applications will begin to be implemented in this regard.He said the concept of "a mining high school from A to Z" was established in mining just like that of renewable energies and that these high schools will be opened in cities with intense mining activities.

Emphasizing that companies in the mining sector should establish a sustainable communication strategy and allocate a budget for corporate communication departments, Albayrak said that the sector's reputation could be improved with these steps.

"There will be no old power plants left from old Turkey. These plants will operate with the world's latest filtration systems in accordance with new environmental criteria," the minister said, concluding his speech.