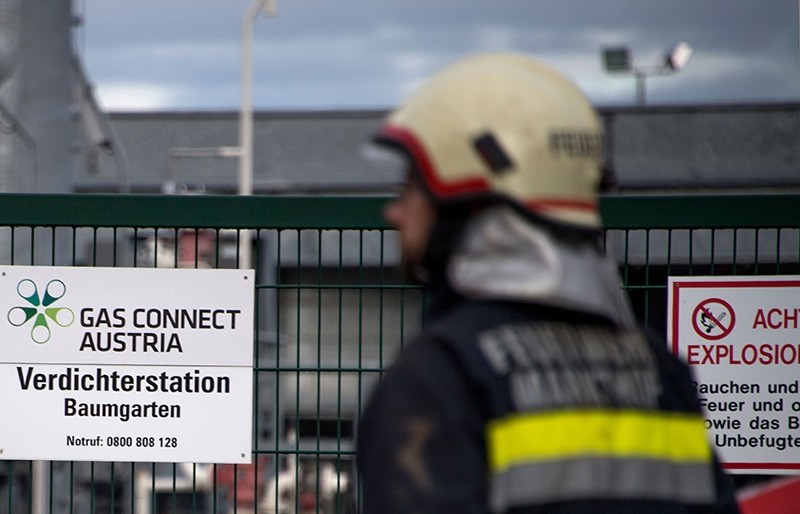 A shield reading ,Gas connect Austria - Compressor station Baumgarten, is pictured at the site of Austria's main gas pipeline hub at Baumgarten an der March, Eastern Vienna, after an explosion rocked the site on Dec. 12, 2017. (AFP Photo)
by Associated Press
Dec 13, 2017 12:00 am

The operator of a major natural gas hub in Austria where an explosion left one person dead and 21 injured says gas flow in all pipelines to and from the plant has been restored.

The facility at Baumgarten an der March, east of Vienna, was taken offline after Tuesday's explosion, and gas transport to countries south and southeast of Austria, including Italy, was disrupted.

Operator Gas Connect Austria said Tuesday evening that it would start restoring gas flows. On Wednesday, it said that "all transit systems are functional again in all directions and in service" and that gas supplies to Austria itself also are up and running.

Investigators are still working to pinpoint the cause of the explosion but they believe a technical fault was to blame.