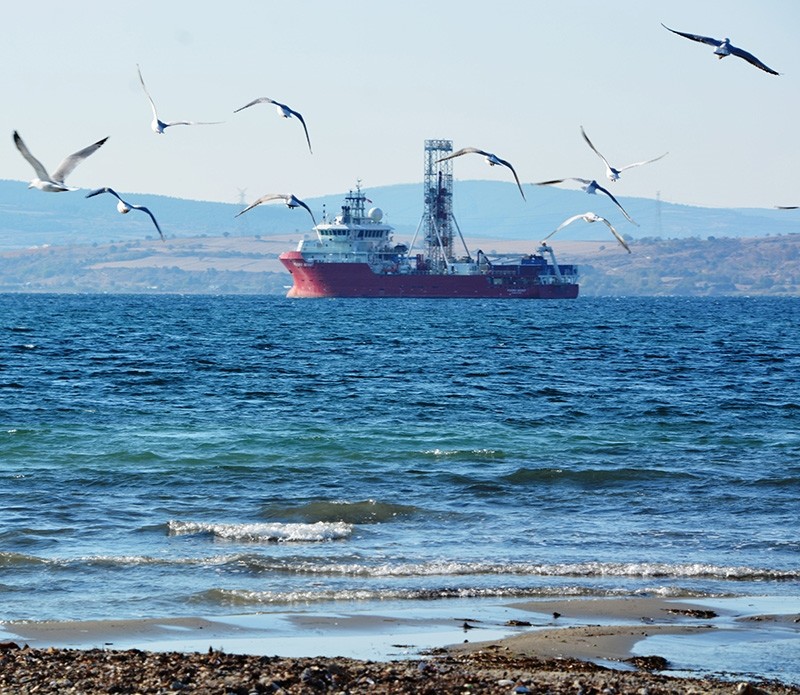 Turkey's first drillship, the Deepsea Metro 2, is expected to arrive to the country by the end of December, according to Monday's shipping data, with exploratory offshore drilling in the Mediterranean to begin in early 2018.

The data showed that the ship, which will be used by Turkish Petroleum Corporation (TPAO), left Norway's Hoylandsbygda port and will arrive in Turkey on Dec. 31.

Turkey has already undertaken oil and gas exploration using two seismic ships, but the Deepsea Metro 2 will be the country's first active drillship.

Turkey's first seismic vessel Barbaros Hayrettin Paşa has been conducting operations in the Mediterranean since April 2017 while a second vessel, the MTA Oruç Reis is ready for exploration.

Turkey's Energy and Natural Resources Minister Berat Albayrak announced in October that Turkey would make its first deep drilling in 2018.

He added that Ankara would conduct drilling activities with a new seismic vessel, which is due for placement on the country's inventory in the last quarter of this year, as part of natural gas and oil exploration activities in the Mediterranean and the Black Sea.

Albayrak said that negotiations were almost complete for the Deepsea Metro 2.

"We will make our own drilling activities with our [own] engineers," he added.

He emphasized Turkey's significant location surrounded by an environment that contains two-thirds of the globe's hydrocarbon resources; thus, the country must take the initiative and accelerate its presence in survey explorations in accordance with the National Energy and Mining Policy.

"Turkey, as a developing and growing country, must evaluate every opportunity in the best way possible to take effective steps at the optimal time. To facilitate this, we will take major steps, not only in the Mediterranean Sea, but also in the Black Sea with our other vessel, Oruç Reis," Albayrak said.