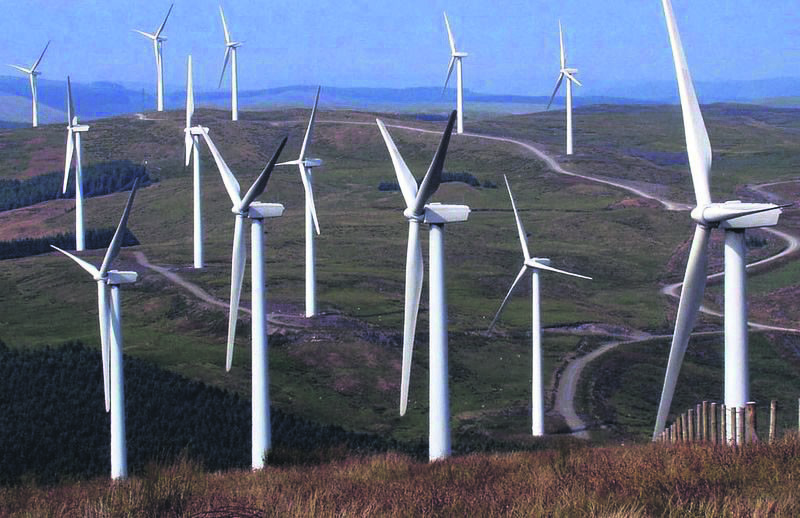 The majority of energy utility transactions, 30 deals in total with a value of $2 billion, concerned renewable energy assets in private deals.
by Daily Sabah with Wires Jan 05, 2018 12:00 am

Fueled by liberalization and growing demand, Turkey's energy market has undergone a huge transformation, driving up privatization, mergers and acquisitions in the sector to more than $46.4 billion in the last decade.

A report on deals in the energy sector found that in 2017 alone, mergers and acquisitions went up by almost 72 percent, amounting to $3.45 billion.

The report, prepared by global auditing giant PwC Turkey, revealed that a total of 33 transactions were carried out last year, of which 30 were in electricity generation, distribution, retail and natural gas distribution. The other three were in oil and natural gas exploration, production and storage and fuel distribution sectors.

"The downward trend in the total deal values since 2013 had a break in 2017, with a total value of $3.45 billion in 33 deals versus $2 billion in 30 deals in 2016. We reason this recovery in 2017 with the gradual normalization in the political environment, relative stabilization in Turkey's credit outlook and the sustained comparative advantages in the renewables market," PWC Turkey said in the report.

Sale of Petrol Ofisi to Vitol for $1.45 billion stood up as the energy deal of the year. As a result, the total deal value in the oil and gas space in 2017 exceeded the 2016 sum by six times with just 3 disclosed deals versus 6 deals the year before. This deal has also boosted the share of the deals involving foreign investors in the total figure from a mere 7 percent in 2016 to 51 percent in 2017.

Meanwhile, 345 deals with a total transaction value of $46.4 billion were completed in the last decade.

The report indicates that 30 mergers and acquisitions worth $2 billion were realized in the electricity generation, distribution and retail and natural gas distribution sectors, which accounted for 58 percent of the total volume in 2017. The largest transaction in this group was the sales of Osmangazi EDAŞ and EPSAŞ to Zorlu Holding for $360 million; the sales of renewable energy generation companies also constituted a significant part of the volume and number of transactions.

Assessing the report, PwC Turkey Deals Services Partner Engin Alioğlu said that over the last decade the most important factor underlying the structural change in Turkey's energy sector has been the increasing energy demand, in addition to the steps taken towards liberalization within the framework of compatibility with the European Union.

He said that since 2008, total electricity demand increased by 46 percent, reaching an estimated 290 billion kilowatt-hours in 2017. During the same period, privatization of electricity generation and distribution and natural gas distribution companies accounted for more than half of mergers and acquisitions worth almost $27.5 billion.

"Especially over the last couple of years, the number of transactions in the renewable energy market has approached 60 percent of the total number in the last decade, with Renewable Energy Resources Support Mechanism (YEKDEM) prices being relatively reasonable," Alioğlu said, adding that foreign shares in all transactions during this period, on the other hand, remained at 32 percent. In his forecasts for 2018, Alioğlu said with the decrease in the number of thermal power plants in the privatization list, renewable energy will continue to be the main determinant of the volume in electricity generation, distribution, retail and natural gas distribution front.