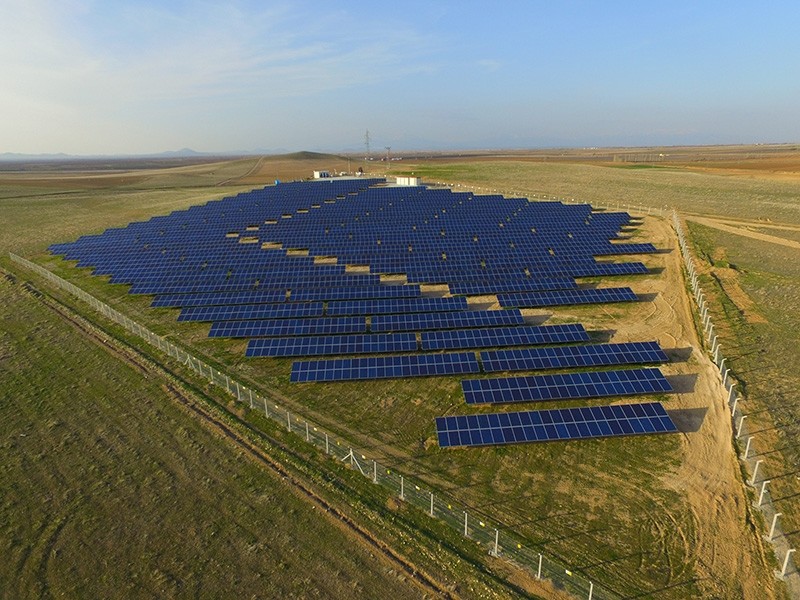 The solar energy production capacity growth in Turkey in 2017 was nearly one-fourth of the total growth in Europe, overtaking Germany, European solar energy body SolarPower Europe said in a report.

According to sectorial publication pv magazine, the total photovoltaic capacity in Europe increased by 8.61 gigawatts (GW) in 2017, equal to a 28 percent rise in growth in 2016.

Turkey led the way in Europe with an increase of 1.79 GW in solar capacity, overtaking Germany's increase of 1.75 GW, making the country one of the most promising markets in terms of solar business.

The growth in Turkey's solar capacity meant a 213 percent rise in growth compared to 2016.

Some 800 MW of Turkey's solar projects is expected to provide power to the national grid within a few months.

France and the Netherlands both posted strong growth at double digits, installing 887 MW and 853 MW respectively.