As India offers up cash and advice, sunny nations form a solar alliance 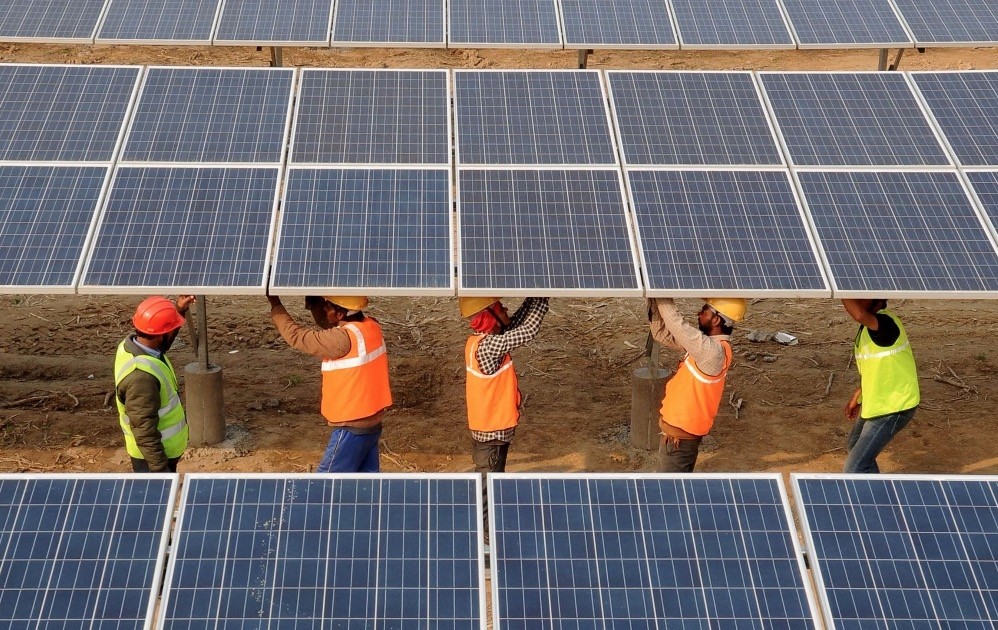 Under Prime Minister Narendra Modi, India has moved to quickly scale up its use of renewable power. In 2014, the year Modi took office, India had 3 gigawatts of solar power. By the end of 2017, it had nearly 7 times that, or 20 GW, according to industry tracker Bridge to India, a renewable energy consultancy. Now India wants to quintuple that total by 2022 – a goal once seen as hugely ambitious but now considered within reach by energy experts. Progress is clearly happening quickly: During 2017 alone, India doubled its installed solar capacity from 10 GW to 20 GW.

"India is going to maintain and accelerate the momentum. It will move to be the number two player in the next year or two," said Tim Buckley, director of energy finance studies at the Australia-based Institute for Energy Economics and Financial Analysis (IEEFA), a think tank. In 2017, India added the third largest amount of national solar capacity, just behind the U.S. and China, and was overtaking Japan, according to IEEFA research. Now, in partnership with France, India wants to take its growing resources and knowledge on solar power and use it to help other sunny countries jumpstart their solar ambitions as well.

On Sunday, in New Delhi, Modi and the French President Emanuel Macron hosted the launch of a solar energy partnership that aims to build a network to help tropical countries around the world boost their use of solar power. "In the Vedas (ancient Hindu texts), the sun was thought to be the world's soul. In India, the sun was thought of as the nurturer of all life," Modi said at the launch of the International Solar Alliance (ISA).

"These days, when we are looking for a way to combat climate change, we must look to this ancient perspective," he said. As part of the alliance, India will offer up to $1.4 billion in assistance to help with 27 solar projects in other countries, the prime minister said. Upendra Tripathy, the director general of the new alliance, said it aims scale-up solar power in many more countries.

"Everyone has access to (the sun) but in terms of ability to exploit solar energy, (that) is not equal," he said in a telephone interview with the Thomson Reuters Foundation.

ISA plans to address that issue in part by creating a larger, global market for solar technology that would benefit smaller countries by aggregating the risk and the demand, Tripathy said. The alliance, an effort to advance the 2015 Paris climate agreement, aims to become a network of 121 countries, he said. Currently 32 countries are full members and another 61 are on their way to full membership. Many are developing nations.

India's solar push is in part boosted by steadily dropping costs of providing solar energy. To produce a unit of solar power now costs 2.5 rupees – a cost similar to that of more traditional energy sources, said Kanika Chawla, the senior program lead at the Delhi-based Council on Energy, Environment and Water, a partner organisation of the ISA. But India still gets about three-quarters of its power from coal, although that is expected to fall to below 50 percent by 2040, according to the International Energy Agency.