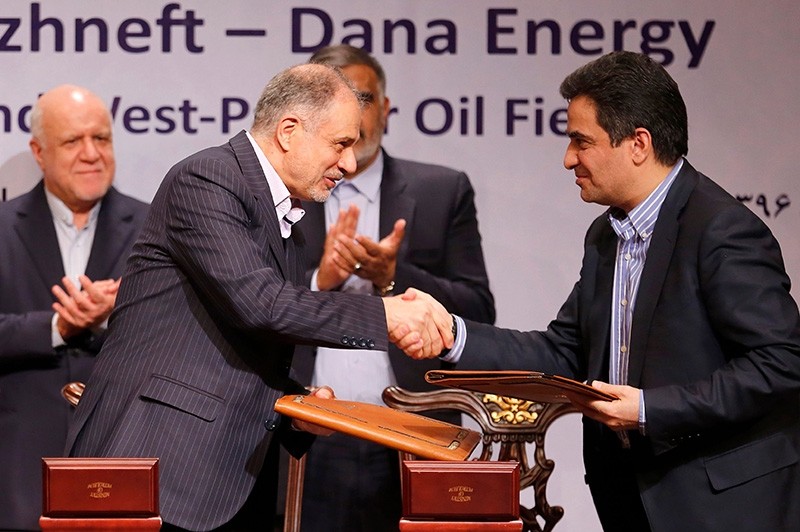 Iran's state-run oil company has signed a $740 million agreement with a Russian-Iranian consortium to develop two oil fields near the Iraqi border.

Under the agreement signed Wednesday, some 105 million barrels of crude will be produced over a 10-year span in oil fields in Aban and West Paidar in the southwest near the border with Iraq.

This is the second energy contract with foreign companies following the landmark 2015 nuclear deal with world powers.