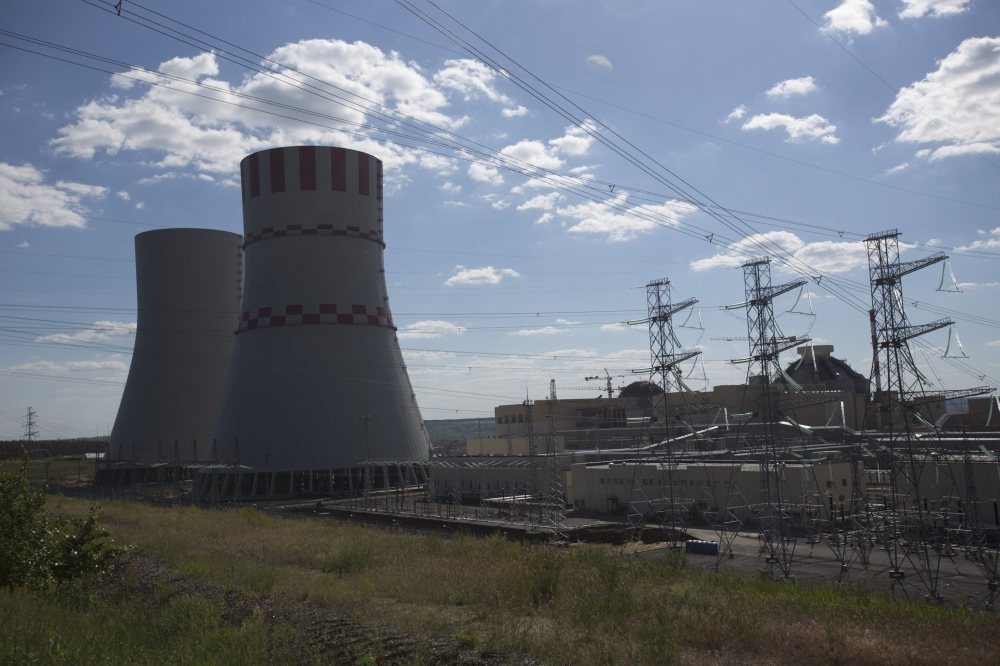 The Akkuyu Nuclear Power Plant, which will have four reactors with a capacity of 4,800 megawatts, is an NPP-2006 serial project based on Russia's Novovoronezh Nuclear Power Plant-2 plant in Voronezh.
by Daily Sabah Apr 02, 2018 12:00 am

The construction of Turkey's first nuclear power plant, which will generate 35 million megawatt-hours of power per year, begins Tuesday with a groundbreaking ceremony with the participation of the Turkish and Russian presidents

In a bid to expand the share of domestic resources and decrease dependency on imported energy resources, Turkey embarked on a nuclear program with power plant projects in 2010, when the country signed an agreement for the first nuclear power plant in Akkuyu, in the southern province of Mersin. Contracted to Russia's State Atomic Energy Corporation, Rosatom, with Turkish partners holding a 49 percent stake in the project, the construction of the Akkuyu Nuclear Power Plant (NPP) begins today with a groundbreaking ceremony with President Recep Tayyip Erdoğan and Russian President Vladimir Putin in attendance.

Akkuyu NPP will create jobs for 10,000 people during construction. When it starts operating, around 3,500 people are estimated to work at the plant. The Turkish firms that will partake in the project are expected to create an added value of $6 billion to $8 billion for the Turkish economy. With an estimated cost of $20 billion, the Akkuyu NPP has the highest investment a single project has ever received in Turkey. The plant will consist of four reactors with a capacity of 4,800 megawatt (MW) of installed power with each reactor having a 1,200-MW capacity. Scheduled to be complete by 2023, marking the centennial of the Republic of Turkey, the Akkuyu NPP will produce approximately 35 billion kilowatt-hours (kWh) of power annually, once completed.

The Akkuyu Power Plant will have a service life of 60 years. Once operational, the power plant is estimated to meet around 10 percent of Turkey's electricity demand, which equals to the power consumption of Istanbul, Turkey's largest metropolis.

Last year in June, Rosatom sold 49 percent of its shares in the Akkuyu NPP project to a Turkish consortium consisting of Cengiz-Kolin-Kalyon (CKK) where each holds an equal share of 16.3 percent.

Rosatom will operate the plant, which will be fully operational by 2023 and constructed with a build-operate-transfer (BOT) model, for 15 years and pay $12.35 per kWh. After the company extracts its own revenues, 20 percent of the income will be paid to Turkey.

With an annual energy bill of $50 billion, Turkey aims to reduce the amount of imported resources constituting a burden on the country's current account deficit. To that end, the country has launched the project for a second nuclear power plant in the northern Black Sea province of Sinop.

On May 3, 2013, an intergovernmental agreement on nuclear power plant construction and cooperation for the Sinop Nuclear Power Plant (NPP), which is the second nuclear power plant project in Turkey, was signed with Japan. As stipulated by the agreement, the Turkey Electricity Generation Company (EÜAŞ) will hold a 49 percent stake in the plant while a Japanese and French company will have 30 and 21 percent stakes, respectively. The project is estimated to cost more than $16 billion according to Japanese sources. The Sinop N

PP will have a total 4,480-MW capacity of electricity generation with four reactors each having a 1,120-MW capacity.

According to the data provided by the Ministry of Energy and Natural Resources, by August 2017, 446 nuclear reactors are operating in 31 countries with an installed power capacity of 392, 521 MW and 59 nuclear reactors are in the process of construction in 16 countries. These reactors account for 11 percent of the global power supply. On a country-by-country basis, France supplies about 73 percent, Ukraine 52 percent, Belgium 51 percent, Sweden 40 percent, South Korea 30 percent, the EU 30 percent and the U.S. 20 percent of their electricity demand through nuclear power plants.