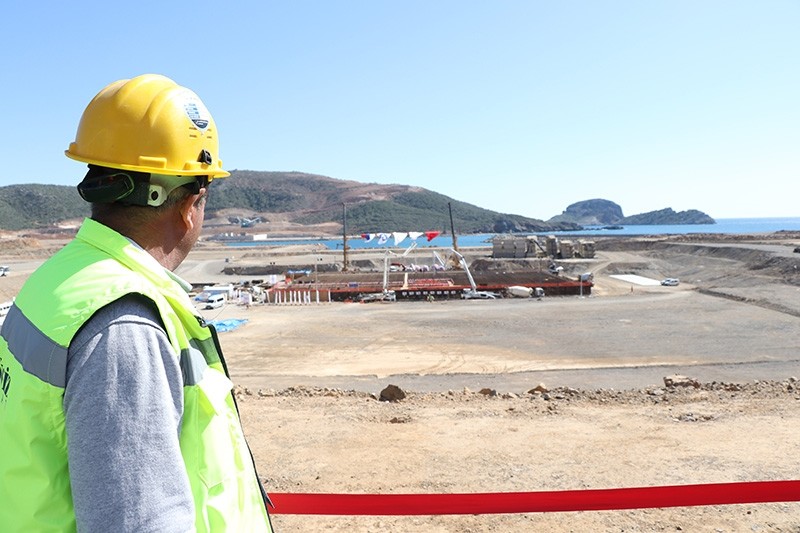 Russia is able to complete the construction of Turkey's Akkuyu nuclear power plant even if it is unable to attract other investors, Russian Energy Minister Alexander Novak said.

"Already, $3 billion has been invested... If they won't find an investor, it means that the plant will be built by Akkuyu Nuclear," Novak said, referring to a company owned by the Russian state nuclear company Rosatom.

Russian firm Rosatom has been seeking investors for a 49 percent stake in the Akkuyu nuclear power plant project.

The project is planned to be financed by Rosatom and its partners involving loans from export-import agencies and banks.

With Turkish partners holding a 49 percent stake in the project, the construction of the Akkuyu nuclear power plant was launched Tuesday with a groundbreaking ceremony attended by President Recep Tayyip Erdoğan and his Russian counterpart Vladimir Putin.

The Akkuyu nuclear power plant has the highest investment a single project has ever received in Turkey with an estimated cost of $20 billion. The plant will consist of four reactors with a capacity of 4,800 megawatt (MW) of installed power with each reactor having a 1,200-MW capacity.

Scheduled to be complete by 2023, marking the centennial of the Republic of Turkey, the Akkuyu Nuclear Power Plant will produce approximately 35 billion kilowatt-hours (kWh) of power annually.