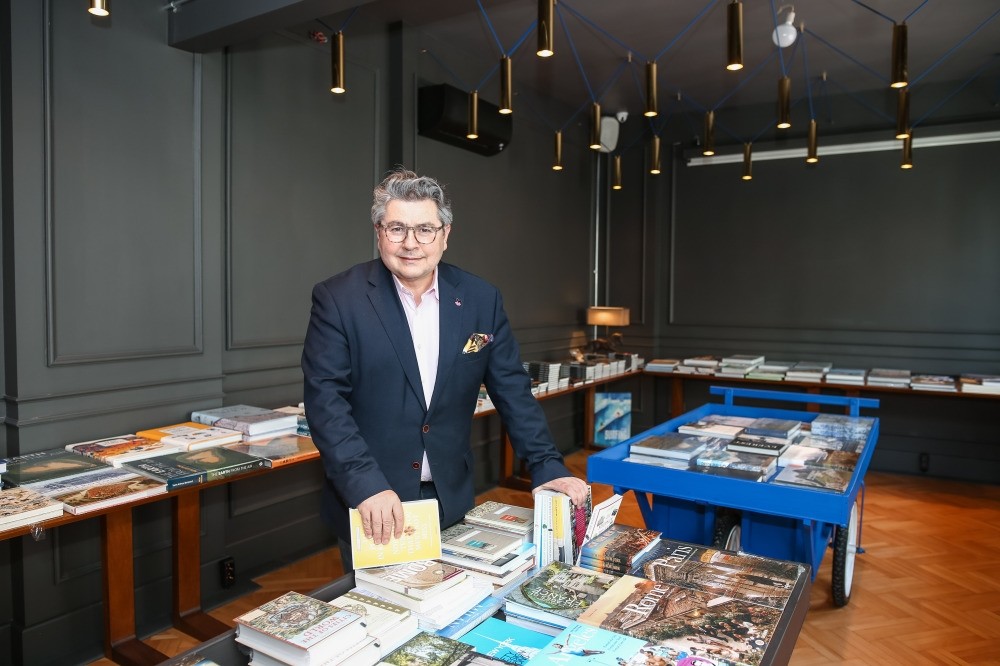 Turkey sealed its determination to enter the league of countries that capitalize on nuclear power last week when the country witnessed the beginning of the construction of its first nuclear power plant in Akkuyu, a Mediterranean district in Mersin province, in a ceremony attended by President Recep Tayyip Erdoğan and Russian President Vladimir Putin. Elaborating on Turkey's nuclear journey, which started in the 1950s, Global Resources Chairman Mehmet Öğütçü emphasized that nuclear power is a must for the full-fledged economic growth to which Turkey remains committed.

A nuclear power plant was a 63-year-old dream for Turkey, as Energy and Natural Resources Minister Berat Albayrak has emphasized on many occasions. Now, Turkey is progressing toward the realization of its goal as the Akkuyu Nuclear Power Plant (NPP) is being currently constructed. The plan for the Akkuyu NPP is to begin operation in the first reactor by 2023, marking the centennial of the foundation of the Republic of Turkey. The operation of the first reactor will bring a profoundly significant success in the history of the republic, Öğütçü said. "Having a 10 percent share of nuclear power in the domestic energy basket and to become one of the 32 countries in the international nuclear league is a remarkable success," he remarked.

Öğütçü stated that Turkey has been negotiating with the U.S., France and Canada for the establishment of a nuclear power plant in the country, but those negotiations have been inconclusive, due to of the unwillingness of these countries to transfer the necessary nuclear technology to Turkey. He underscored that nuclear power is never limited to the energy industry. It can be utilized in a wide array of sectors including defense, health and other civilian fields.

"I believe that nuclear power should compose a vital portion of Turkey's energy composition as much as natural gas, coal and hydropower. A country like Turkey, which has ambitious development and growth goals, must have an expansive nuclear capacity," Öğütçü emphasized. To highlight the importance of nuclear power, he said, "The nuclear power generates impacts on economic competitiveness, technological development, saturation of human capital and empowering the position within the global system." He pointed out that nuclear power should account of 10 percent of Turkey's total energy capacity in the first place, as the government plans. He noted that when all the reactors in the Akkuyu NPP become operational by 2026, it will generate 10 percent of Turkey's total energy demand alone.

Russia's state atomic energy corporation Rosatom is building the Akkuyu NPP, which has four reactors with a capacity of 4,800 megawatts (MW) of installed power, with each reactor having a 1,200-MW capacity.

Öğütçü predicted that new powerful global players will enter the nuclear league. Russia is already a very experienced nuclear player and now China is emerging with its strong nuclear capabilities. While China used to work with French, Canadian and American firms for the development of nuclear plants, now it is building nuclear capacity on its own.

When asked about what is going to happen to the Sinop NPP, Öğütçü said, "If the French-Japanese consortium abandons the project, Chinese firms may pitch for it because they have the financial resources, technology and political will." He underscored the willingness of the Chinese to spread nuclear technology all around the world and noted their intention to partake in Turkey's third nuclear power plant project.

Öğütçü elaborated on the recent developments in the Turkish energy industry led by the efforts of Energy Minister Berat Albayrak. He highlighted that Turkey has recently taken long-term strategic steps by closely following global trends. With the development of liquefied natural gas (LNG) capacities and addition of new terminals has earned the country the largest LNG capacity in Europe. He underscored that Minister Albayrak has changed the energy parameters in Turkey and expedited the processes that began before his term, particularly in nuclear power and renewable energy resources.

When asked about Turkey's future as an energy hub, Öğütçü said, "Turkey is currently not a regional center of energy, but its potential is very high. A neighbor to the countries that have large energy sources and located on the producer-consumer routes provides Turkey with a very advantageous position to become a hub. It has a potential to become a regional playmaker in the trade of natural gas, oil and electricity."

It is possible for Turkey to become a center that is facilitating access to the resources of the eastern Mediterranean, Iran, Russia, Central Asia, Iraq and Caspian basin to higher value markets in the future within the scope of a smart and reliable strategy, he indicated.

Regarding energy security, Öğütçü noted that energy security for a country like Turkey is actually a national security issue. If Turkey desires to shape regional geopolitics and to accomplish that goal, he said, sustainable energy at an affordable price is necessary.