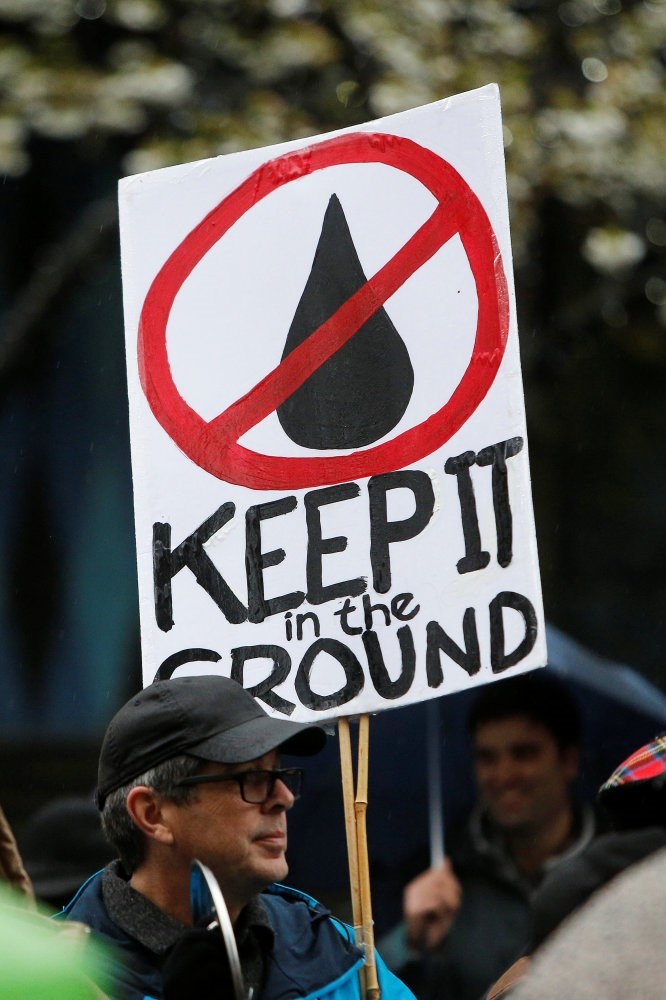 Opponents of the oil pipeline protest outside a Liberal Party fundraising event in Vancouver.
by Apr 10, 2018 12:00 am

The U.S. firm Kinder Morgan said Sunday it would suspend most work on a controversial oil pipeline in Canada's British Columbia because of fierce opposition by provincial authorities. A final decision on the Trans Mountain Expansion Project, which is supported by both the federal government headed by Prime Minister Justin Trudeau and the provinces of Alberta and Saskatchewan, is expected by May 31. The pipeline links oil sands fields in Alberta province to the outskirts of Vancouver, from where oil is shipped overseas.

"While we have succeeded in all legal challenges to date, a company cannot litigate its way to an in-service pipeline amidst jurisdictional differences between governments," Kinder Morgan Chairman and CEO Steve Kean said in a statement, adding the firm would consult with stakeholders before to reach a conclusion. The news comes just days after Trudeau toured western Canada and reaffirmed his strong support for the project, which would see the pipeline's capacity rise from 300,000 to 800,000 barrels a day.

On March 26, Canada's Federal Court of Appeal ruled against British Columbia's bid to appeal a National Energy Board ruling that allowed Kinder Morgan to bypass local bylaws during work on the pipeline to boost its pumping capacity. Another lawsuit brought by indigenous Canadians has reached the provincial supreme court. Opponents of the pipeline point to the risk of oil spills at sea and the danger this poses for endangered sea mammals. They also say that, by increasing the volume of oil shipped to the U.S. and Asian markets, the government of Prime Minister Justin Trudeau is ignoring its commitments to cut greenhouse gas emissions.