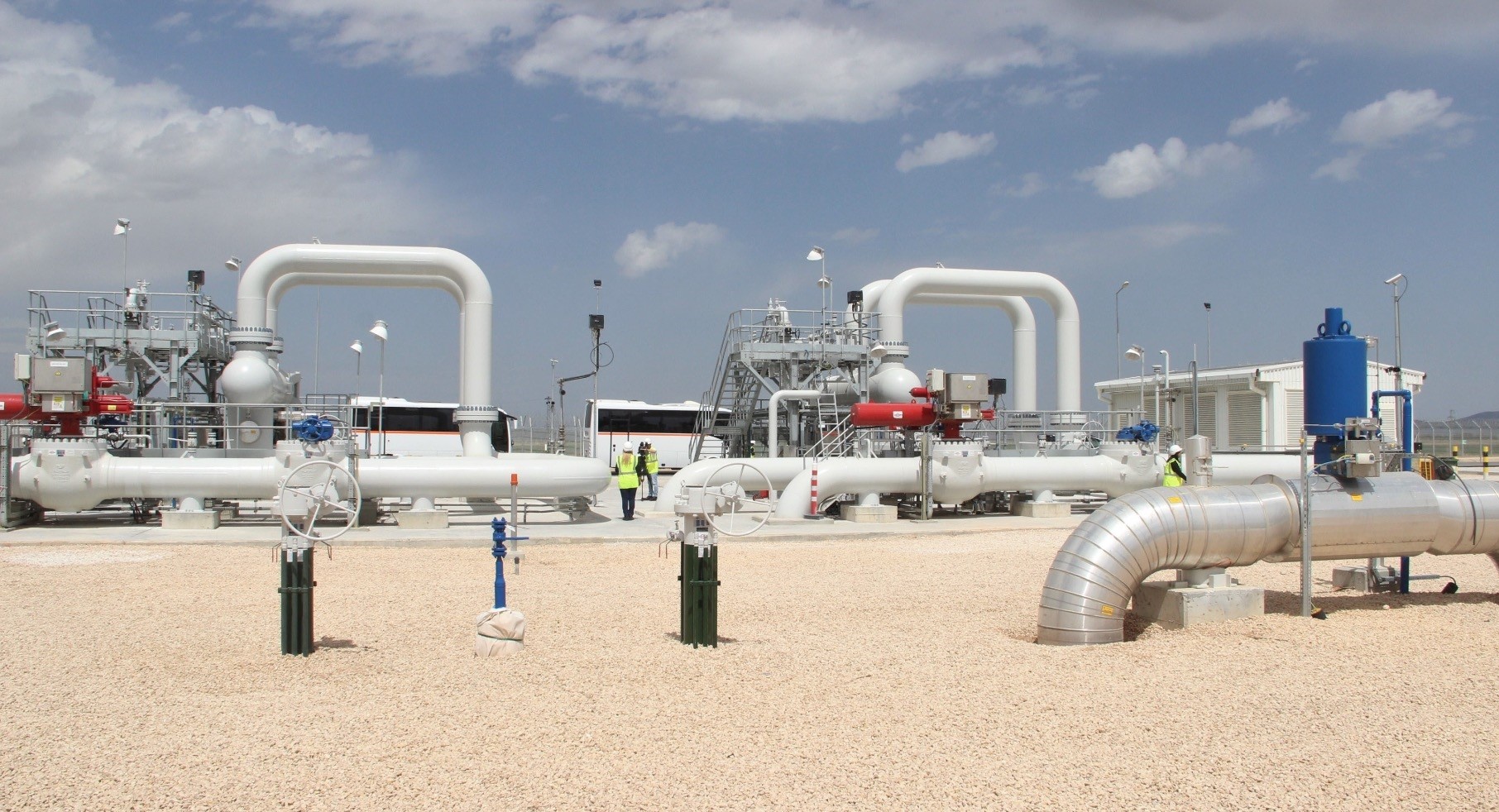 TANAP, which will carry an additional 6 billion cubic meters of gas to Turkey, will raise the share of the countryu2019s gas imports from Azerbaijan.
by Daily Sabah Apr 19, 2018 12:00 am

The Trans-Anatolian Natural Gas Pipeline Project (TANAP), which will deliver Azeri gas to Turkey, is poised to open on June 30. The project is 93.5 percent complete while work on the rest of the pipeline continues at full speed, TANAP General Manager Saltuk Düzyol said. TANAP's first release point will be western Anatolian city Eskşehir's Compressor and Metering Station. Düzyol said that TANAP is the most important part of the Southern Gas Corridor (SGC), a multinational European Commission project to transfer gas from Azerbaijan's Shah Deniz Gas Field in the Caspian Sea to European markets to reduce the continent's dependency on Russian gas.

With the completion of the last leg of the SGC, the Trans-Adriatic Pipeline (TAP) the project will secure accomplishment.

TANAP General Manager Düzyol said the land part of the project is almost fully complete and Phase-1, which will go to Europe, is complete by 80.7 percent. "We plan to launch the transfer of commercial gas by opening the valves on June 30," he added.

As part of tests, the first gas was compressed on Jan. 30, Düzyol said, adding that the part of the pipeline that extends to Eskişehir is now fully filled with gas.

The construction of TANAP also led to some interesting discoveries, Düzyol said. "Nine new insect species, one plant species and 154 archaeological sites were discovered in the process."

He said that project cost was first estimated at $11.7 billion. "But some successful procurement, project management and financial management have brought down the cost to $7.99 billion."

He added that the project partners received $3.75 billion in loans from international finance corporations and the European Union provided a grant of $10.2 million.

Currently, TANAP has four partners. The SGC holds a 58-percent stake in TANAP, while Turkey's Petroleum Pipeline Corporation (BOTAŞ) and BP own 30 percent and 12 percent, respectively. Seven percent of SGC's stake has been recently transferred to the Turkish subsidiary of State Oil Company of Azerbaijani Republic (SOCAR).

The project has one entrance on the Turkey-Georgia border, Düzyol said. "TANAP is designed to carry gas extracted from Azeri fields, located on the east of the country. But given some adjustments were made in the agreement with the host government, natural gas from Eastern Mediterranean and Iraq might also be integrated to this pipeline in the coming years," he said.

Düzyol said that the project does not include any underground storage facility and only serves through the entrance and exit points.

Turkey imports some 6.6 billion cubic meters (bcm) of natural gas from Azerbaijan via Baku-Tbilisi-Erzurum pipeline and the amount will go up to 12.6 bcm as TANAP brings in an additional 6 bcm natural gas. Therefore, the share of Russian gas in Turkey's energy imports will decrease.

TANAP General Manager informed that the pipeline will initially provide 2 bcm of natural gas before gradually reaching 6 bcm by the end of June 2021.