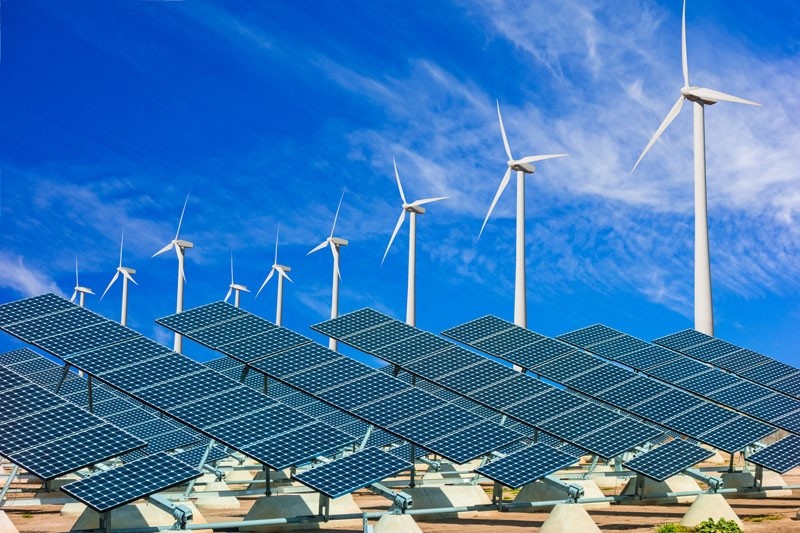 An investment campaign officially launched at a Portugal forum, brings together more than 35 organisations that will expand solutions to boost energy access in the world's poorest communities

After learning that three babies died in a government hospital in the Sierra Leone city of Bo last November when a power cut switched off machinery keeping them alive, London-based energy adviser Michael Liebreich decided to act. He set up Project Bo to provide a solar electricity and battery system to supply uninterrupted power to the hospital's oxygen devices and baby "warmers". The campaign has so far raised just over three-quarters of the 100,000 pounds ($135,830) it is seeking. A shift in thinking is needed to channel more funding to places where a lack of clean, reliable power is putting babies in danger and holding people back, Liebreich told a Lisbon conference on improving access to energy this month.

"The economic value of saving that life is currently not financeable," said the founder of Bloomberg New Energy Finance, urging greater efforts to work out how it could be turned into something "markets can spray money at". Shine, an investment campaign officially launched at the Portugal forum, aims to do just that. It brings together more than 35 faith, financial and philanthropic organisations that will galvanise new money and expand solutions to boost energy access in the world's poorest communities. U.N. data showed last week that roughly 1 billion people on the planet still have no electric power, while about 3 billion cook with polluting fuels such as kerosene, crop waste and dung. Investments by governments and business are lagging far behind the amounts needed to close the gap in providing sustainable and affordable energy to everyone by the U.N. deadline of 2030. Experts estimate that would require just 0.2 percent of global gross domestic product. While the energy sector receives some $2 trillion in investments each year, only $13 billion of that prioritises those living without electricity, according to Shine.

Ellen Dorsey, executive director of Wallace Global Fund, a private foundation and one of the founding partners in the campaign, said Shine - which aims to mobilise $100 million this year - will help investors put their money to good use in getting power to the world's poorest people.

"We needed to have a champion, a constituency to stand up and say the billion (people) must be reached first," she told the Thomson Reuters Foundation from Washington DC.

Virtually all the 17 Sustainable Development Goals - from ending poverty and hunger, to providing healthcare for all - will be influenced by people's access to energy, she added.

Wallace Global Fund has committed to put 1 percent of its capital into impact investments in energy access, and to provide at least $1 million in grants each year with a focus on helping women in sub-Saharan Africa. Rachel Kyte, CEO of Sustainable Energy for All (SEforALL), a U.N.-founded body which organised the Lisbon forum, said entrepreneurs trying to build local markets for small-scale solar systems in developing countries are struggling to find capital, including from development banks. Shine, in which SEforALL is a partner, hopes to attract new funders that could contribute to filling those gaps - whether in geographical locations or supply chains - with low-cost "patient" capital which is invested for at least three years.

"We need to stay committed until we get the job done," said Dorsey. "This can't be a fad."

Researchers spoke about the importance of helping local people develop businesses that will stimulate demand for the power generated by micro-grids using renewable energy sources. In south Tanzania, for example, a community-run hydropower utility set up agricultural processing plants whose revenues go towards maintenance costs and subsidising cheaper power. But in some cases, where a sustainable business model is simply not possible, governments and development agencies may need to look at bundling access to energy into social safety nets for the poorest, said SEforALL's Kyte and others.