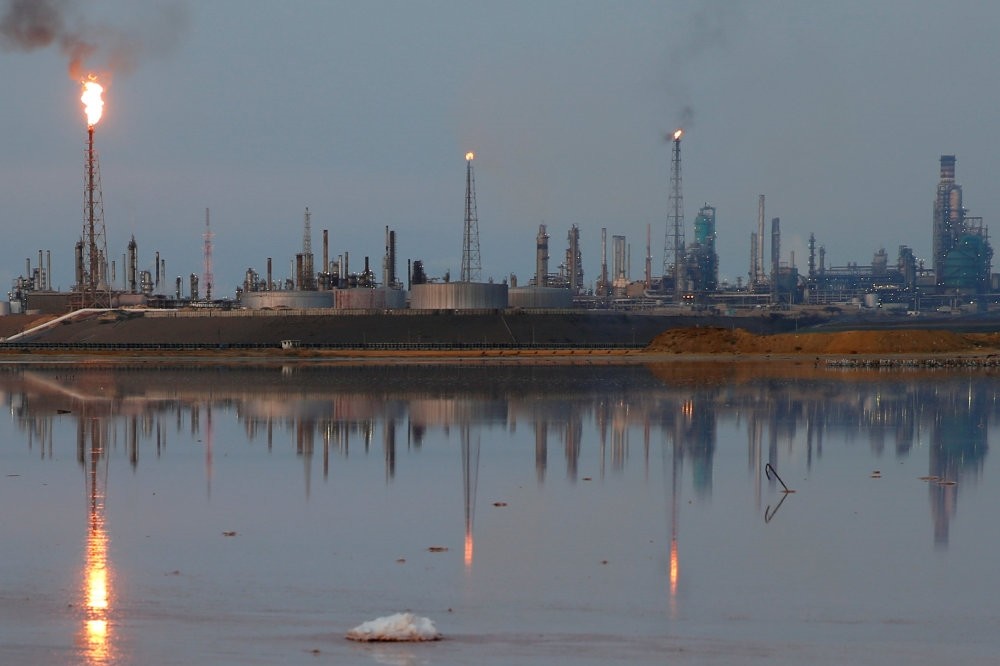 A general view of the Amuay refinery complex which belongs to the Venezuelan state oil company PDVSA in Punto Fijo.
by May 16, 2018 12:00 am

Venezuela's state-run oil firm PDVSA has bought nearly $440 million worth of foreign crude and shipped it directly to Cuba on friendly credit terms - and often at a loss, according to internal company documents reviewed by Reuters.

The shipments are the first documented instances of the OPEC nation buying crude to supply regional allies instead of selling them oil from its own vast reserves.

Venezuela made the discounted deliveries, which have not been previously reported, despite its dire need for foreign currency to bolster its collapsing economy and to import food and medicine amid widespread shortages.

The open-market oil purchases to subsidize one of Venezuela's few remaining allies underscores its increasing global isolation and the disintegration of its energy sector under socialist President Nicolas Maduro.

The purchases came as Venezuela's crude production hit a 33-year low in the first quarter - down 28 percent in 12 months. Its refineries are operating at a third of capacity, and its workers are resigning by the thousands.

PDVSA bought the crude for up to $12 per barrel more than it priced the same oil when it shipped to Cuba, according to prices on internal documents reviewed by Reuters. But Cuba may never pay cash for the cargoes because Venezuela has long accepted goods and services from Cuba in return for oil under a pact signed in 2000 by late presidents Hugo Chavez and Fidel Castro.

PDVSA, the Venezuela government and the Cuba government did not respond to requests for comment.

Venezuela's government has previously said it only imports oil to blend with its own tar-like crude to improve quality and create an exportable product, or to feed its refinery in Curacao. But hundreds of PDSVA documents examined by Reuters detailing imports and exports, dated from January 2017 to May of this year, show the company is now buying crude at market prices to deliver to allies - in shipments that never pass through Venezuela.

The subsidized deliveries are aimed at maintaining political support from Cuba, one of a dwindling group of Venezuela allies, according to diplomats, politicians and PDVSA executives.

"Maduro is giving away everything he can because these countries' backing, especially from Cuba, is all the political support he has left," said a former top Venezuelan government official who declined to be identified.

Caracas has come under increasing international pressure as the United States, the European Union and Canada have sanctioned Venezuela for what they see as Maduro's attempts to cement a dictatorship.

As Venezuela spends on oil imports, it has imported less of everything else its citizens desperately need. Venezuela's spending on non-oil imports plunged from nearly $46 billion in 2011 to $6 billion in 2017, according Venezuela Central Bank data and Ecoanalitica, a Caracas-based economic research organization.

The oil PDVSA procured for Cuba was Russian Urals crude, the documents show, a variety well-suited for Cuban refineries constructed from Soviet-era equipment.

PDVSA bought the crude from Chinese, Russian and Swiss firms - not for cash, but a pledge that PDVSA would deliver other oil shipments later, the documents show.

That adds to Venezuela's already towering debts of oil to state-owned firms in Russia and China, which together have extended Venezuela's government more than $60 billion in oil-for-loan deals that have propped up its budget amid declining exports and lower oil prices.

Venezuela's socialist government has long used oil for domestic and international political ends, subsidizing goods and services at home and currying favor across the region with oil deliveries on generous terms.

The effort was defeated when 12 countries that have received regular oil shipments from Venezuela in recent years - about a third of the OAS membership - opposed it or refused to vote. Eventually, the OAS passed a watered-down motion urging free and fair elections.

Venezuela has avoided formal OAS condemnation "thanks to the support of the bloc of Caribbean nations that have benefited from its subsidized oil and development programs for years," said Michael Fitzpatrick, deputy assistant secretary in the U.S. State Department's Bureau of Western Hemisphere Affairs, said on April 30 during a talk at the Atlantic Council, a foreign policy think tank in Washington.

Most of those countries are members of Venezuela's Petrocaribe trade pact, launched in 2005, which has granted up to 16 Caribbean and Central American states with oil supplies on favorable terms.

"Our country is very grateful," she said. "The government of El Salvador, of course, is a friend and an ally of the Venezuelan government."

In total, members of oil trade pacts with Venezuela last year received at least 103,000 bpd of crude and refined products from PDVSA, the documents show, or about 6 percent of Venezuela's exports.

The falling output of Venezuela's refineries has also left the country increasingly dependent on fuel imports to meet domestic consumption.

The internal PDVSA data reviewed by Reuters shows Venezuela last year purchased some 180,000 barrels per day of foreign crude and refined products from PetroChina, Rosneft , Lukoil, Reliance Industries and other suppliers, 17 percent more than in 2016.

Those companies did not respond to requests for comment.

The purchases totaled more $4 billion, according to PDVSA records.

The resulting scarcity of food, medicine and employment has caused thousands of citizens to flee Venezuela. The pay of PDVSA workers now can't cover the barest essentials because of the collapse of its currency, the bolivar.

"A worker's salary is not even enough for a box of eggs," said Hector Bertis, a PDVSA worker and union leader. "We go to the bank, and they give us 10,000 bolivars - less than what a transportation fare costs."