SOCAR's Izmir refinery to reduce current account deficit by $1.5B 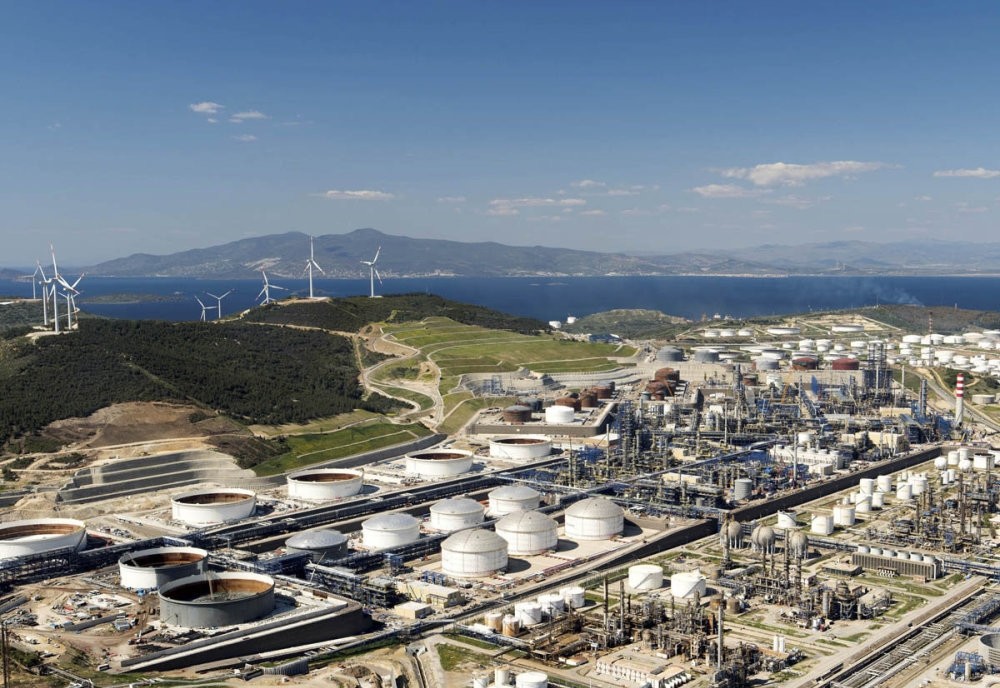 SOCAR's $6.3 billion refinery in Izmir, the largest single- location real sector investment in Turkey, will begin operations in October. It will reduce the country's current account deficit by $1.5 billion by lowering the share of imports

The SOCAR Turkey Aegean Refinery (STAR) in western Turkey's Izmir is 99.1 percent near completion and poised to become operational this October.

The $6.3 billion refinery is the largest single-location real sector investment in Turkey's history and will be one of the biggest petroleum and gas operations in Europe, Middle East and Africa. It has so far received an investment of $5.2 billion.

Located in Izmir's Aliağa district, construction at the refinery began in 2011. It will have an annual processing capacity of 10 million tons of crude oil and manufacture good that are usually imported in Turkey.

The refinery is being built by State Oil Company of Azerbaijan (SOCAR), which began investing in Turkey after it acquired the country's leading petrochemical company Petkim in 2008 for $2 billion.

STAR Refinery General Manager Mesut Ilter said that the first oil cargo will arrive from Azerbaijan at the end of June. The first crude oil unit will be operational in the third week of July.

He said that the refinery was built in due consideration of the rising fuel demand and Petkim's need for raw materials. The refinery, he emphasized, will help reduce Turkey's petrochemicals imports.

Around 80 percent of the refineries worldwide are integrated to the petrochemical industry, Ilter noted and said STAR Refinery will be the first example of this integration in Turkey.

He added that the processes of starting operations at the refinery have been launched and all the auxiliary systems necessary for the refinery are operational.

Ilter described STAR refinery as "an investment to reduce Turkey's dependency on imported goods by mobilizing domestic resources" and added that the demand in fuel products will rise by 2-3 percent in the next decade.

Diesel consumption in Turkey is around 24 million tons while production hovers around 10 million and the country is forced to import 14 million tons of diesel.

Once STAR is operational, it will produce 5 million tons of diesel and will lower the import rate from 55 percent to around 40 percent. The refinery's general manager said that Turkey's diesel consumption is projected to hit 26 million tons, therefore, a new refinery is necessary. But the new investment should also be integrated to petrochemical industry to make it feasible.

Financing sources are very important for projects like STAR. Out of its $6.3 billion cost, $3 billion has been provided by company equity and the rest was received through project financing. Focusing on rising oil prices, Ilter said the surge in prices cannot be simply explained by geopolitical reasons. He pointed out the growing global economy as significantly affecting the demand.

"In recent years, the fall in oil prices has led to the shutdown of certain high-cost production facilities particularly in shale and deep-sea wells. This trend has shifted the supply-demand balance toward the favor of demand and the rising demand has led to a surge in prices," he said.

STAR Refinery is expected to cut Turkey's current account deficit by $1.5B. It also looks to fully eliminate the need to import jet fuel, which will correspond to 7-8 percent of its total production. The refinery is also expected to reduce LPG imports to 70 percent from 79 percent.