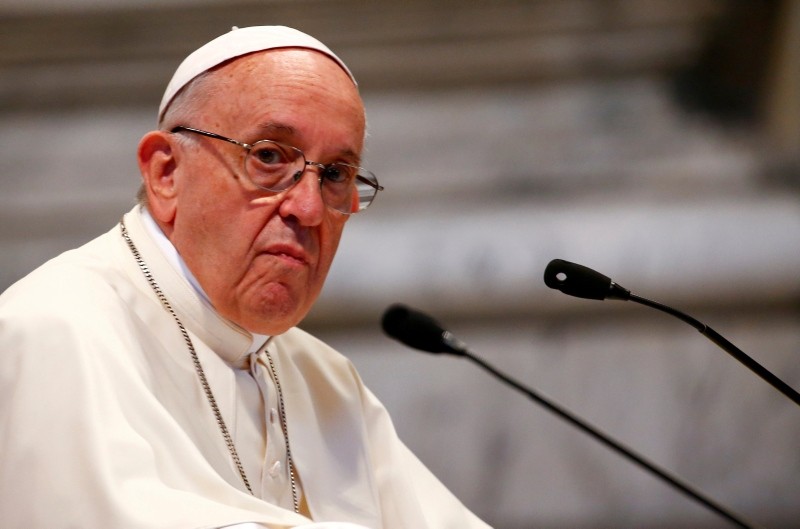 The Vatican will host executives of the world's top oil companies for a conference next week on climate change and the transition away from fossil fuels, a Vatican source said Friday.

Pope Francis, who wrote a major document on protection of the environment from global warming in 2015, is expected to address the group on the last day of the June 8-9 conference.

The conference, organized by Notre Dame University in the United States, is expected to be attended by the heads or senior executives of companies including ExxonMobil, Eni, BP, Royal Dutch Shell and Pemex, the source said.

The oil and gas industry has come under increasing pressure from investors and activists to play a bigger role in reducing the emissions of greenhouse gasses in order to meet goals set out in a 2015 climate agreement signed in Paris.

Companies are betting on increased demand for gas, the least polluting fossil fuel and to a lesser extent on renewable power such as wind and solar to meet global targets of net zero emissions by the end of the century.

The conference, titled "Energy Transition and Care for Our Common Home," will be held in the Pontifical Academy of Sciences, a 16th century villa in the Vatican gardens known as the Casina Pio IV.

In the 2015 encyclical, called "Laudato Si (Praise Be), On the Care of Our Common Home," Francis, the first pope from a developing nation, advocated a change of lifestyle in rich countries steeped in a "throwaway" consumer culture and an end to an "obstructionist attitudes" that sometimes put profit before the common good.

In several passages in the six-chapter encyclical, Francis confronted head on both climate change doubters and those who say it is not man-made.

He said there was a "very solid scientific consensus" that the planet was warming and that people had to "combat this warming or at least the human causes which produce or aggravate it" because greenhouse gases were "released mainly as a result of human activity."

Francis called for policies to drastically reduce polluting gases, saying technology based on fossil fuels "needs to be progressively replaced without delay" and sources of renewable energy developed.

One of the key architects of the pope's encyclical, Cardinal Peter Turkson, head of the Vatican's department on promoting human development and a firm backer of the need to stem global warming, will address the group, the source said.

Last year Francis, who strongly supported the Paris agreement on climate change, implicitly criticized the United States for pulling out of the accord.

The chancellor of the academy where the conference will be held, Bishop Marcelo Sanchez Sorondo, called the U.S. withdrawal a "huge slap in the face" for the Vatican.