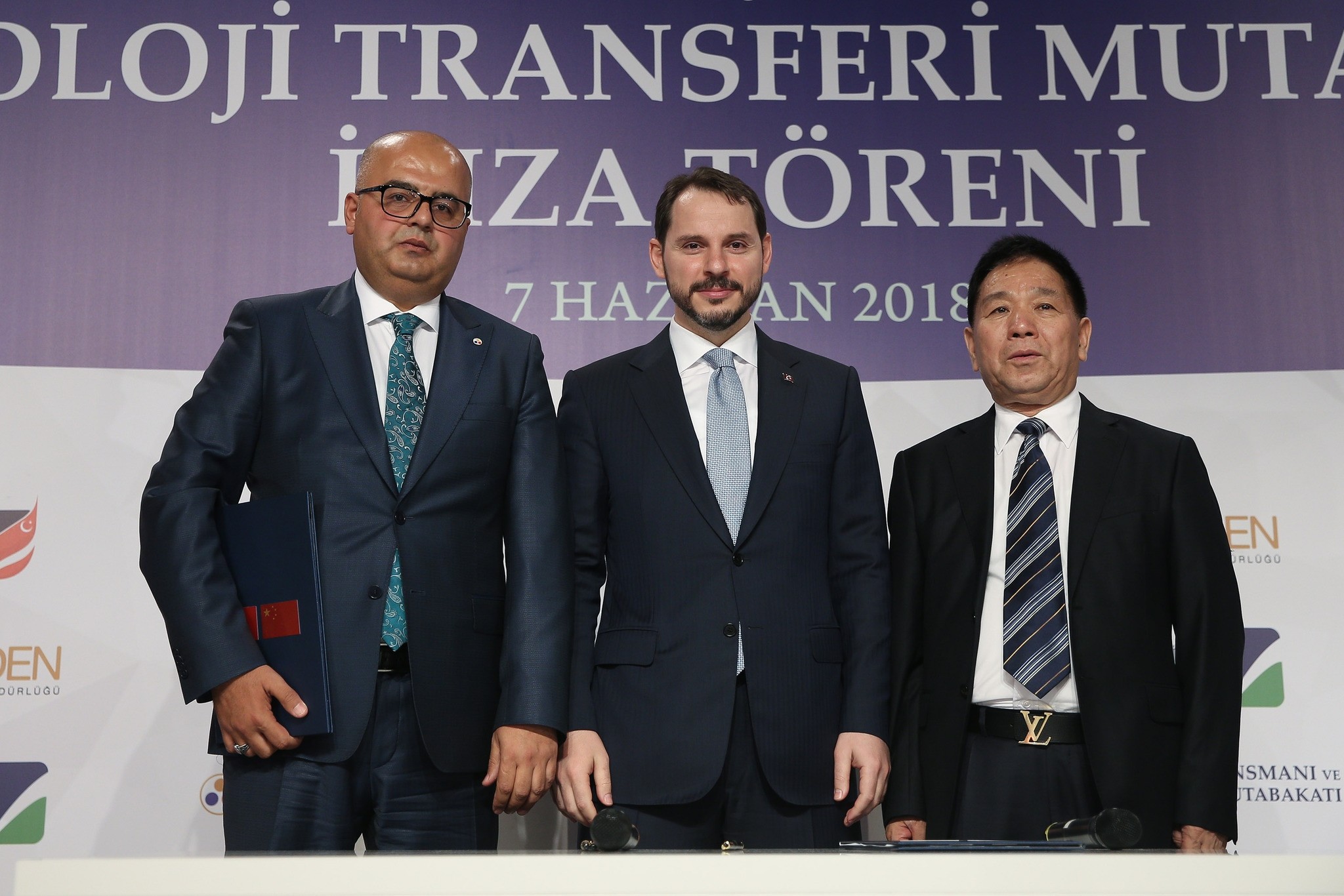 The signing ceremony was attended by Energy and Natural Resources Minister Berat Albayrak.

Speaking at the program in Istanbul, Minister Albayrak focused on the benefits of boron carbide. "Boron carbide is worth 2,000 times more than regular boron. A ton of boron is worth $200, but once it is processed into a high-tech product, the value increases to nearly $400,000," he said.

Albayrak stressed that the agreement to establish the facility marks a historic moment in the promotion of boron. He added that technology transfer was also part of the agreement.

He said that the energy ministry places high importance on localizing technology in all its projects since technology can add immense added value and increase revenues.

The minister said boron carbide can become an important export item for Turkey. "It is widely used in the defense industry thanks to its low density and high heat resistance.

"The local production of boron carbide, which is widely used in tactical vehicles, helicopters, aircraft, light armored vehicles and bulletproof vests, will be an important step for Turkey's defense industry," Albayrak said.

He added that the new process will continue with projects on ferro boron and boron nitrile, where boron is converted into high-tech products. "Ferro boron will provide magnetic material production for high quality and high durability steel," he said.

"Boron nitride could also be used in very important areas like atom reactors, aircraft and rocket engines due to its high-temperature resistance and high electrical insulation properties.

"Boron nitride costs $50,000 per ton today. We will achieve this technology with the process that we started today, reaching the capacity to obtain strategic products with much higher added value than boron nitride," Albayrak continued.

According to the energy minister, Turkey holds 73 percent of world's boron reserves and will increase that to 80 percent by developing its reserves.

Recalling that Eti Maden was the world leader in boron production, Albayrak said that Eti Maden sold 2.2 million tons of boron in 2017 - 57 percent of the global market. "Whatever we have done for 16 years, we have always done for our nation, by believing in our youth. This is how we are going to embrace boron, which has been on our national agenda for years."