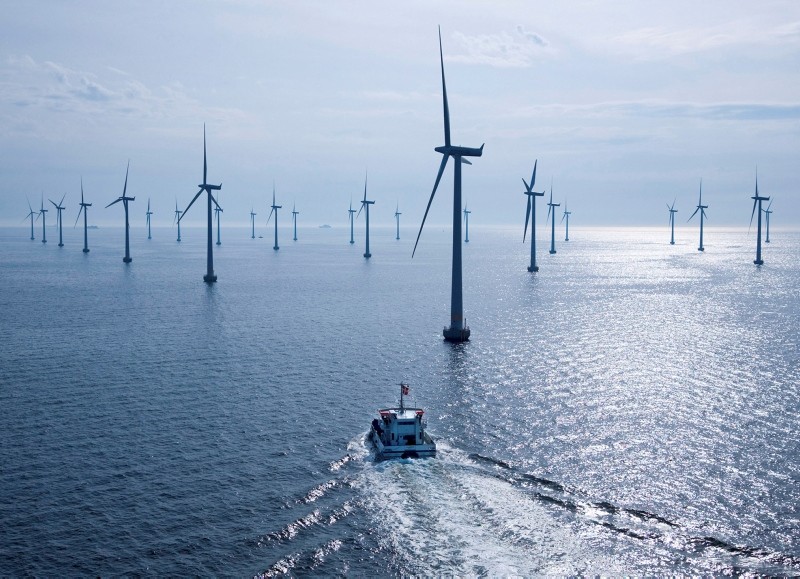 The Ministry of Energy and Natural Resources on Thursday said it will accept applications for a 1,200-megawatt (MW) offshore wind plant which will be the biggest in the world and the first of its kind in the country till Oct. 23.

According to the announcement in the Official Gazette, the Renewable Energy General Directorate of the Ministry will start assessing applications the same day and will inform applicants about the date and place of tender. The applicants will be able to form a consortium to attend.

The ceiling price for one megawatt-hour has been set as $8 and applicants will compete for the lowest bid in a reverse auction.

The investor who submits the lowest bid will sign an energy purchase agreement including the first 50 terawatts-hour of electricity production starting from the first commissioning of the plant.

Albayrak said that Turkey's energy sector has accomplished key projects in energy technology and the country has completed all the necessary work to build its first offshore wind farm.

The new plant will have an installed capacity of 200 megawatt-hours, becoming the largest offshore wind farm in the world.

Around 60 percent of the turbines for the plant will be domestically manufactured in partnership with Turkish organized industrial zones, the minister said.

"A total of 80 percent of the engineers working in the project will be Turkish," he added.

The energy minister had announced the project in February. The candidate regions for the power plant were named in March as Saros and Gallipoli in the Marmara region and Kıyıköy in the Thrace region.

Since offshore wind farms are more efficient, Turkey is looking to use its Aegean, Mediterranean and Black Sea coasts.

he country plans to increase its wind and solar capacity by 10,000 megawatts each in the coming decade.