$2B wind farm to be established in Turkish continental waters 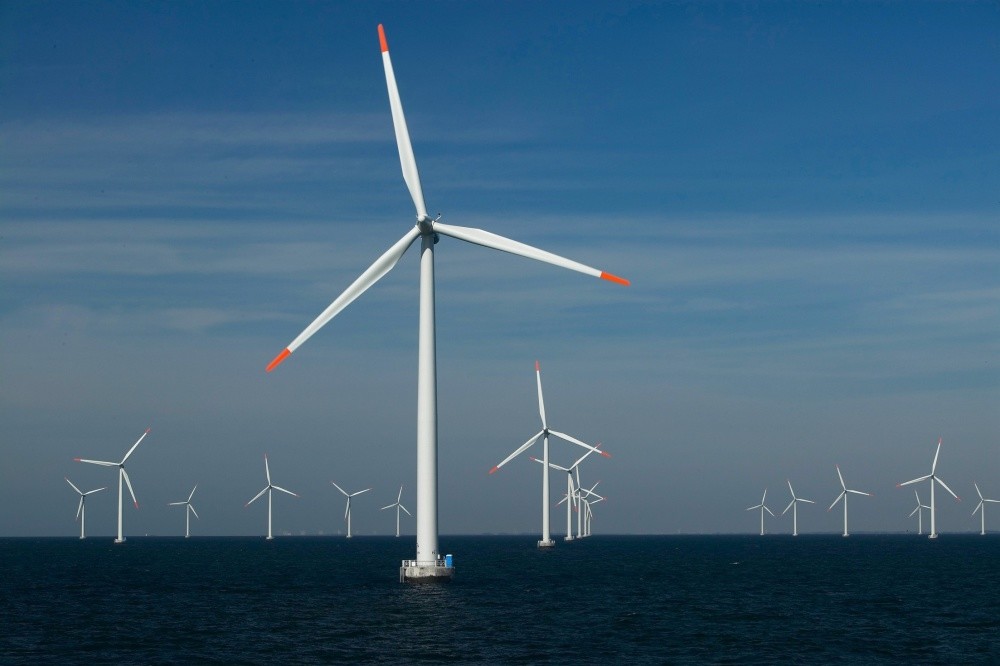 Turkey plans to build a 1,200-megawatt offshore wind plant, which will be the world's largest offshore farm and first of its kind in the entire Mediterranean region.
by Daily Sabah with AA Jun 23, 2018 12:00 am

The Energy Ministry has launched the bidding process for Turkey's first and the world's largest offshore wind farm, and estimates indicate that the investment will cross $2 billion

Turkey's first and the world's largest offshore wind power farm is estimated to cost $2-3 billion in accordance with changing state-of-the-art technologies. The facility is to start power generation in 2023.

According to the tender specification for the Renewable Energy Resource Areas (YEKA) Offshore Wind Power Farm, bids will be accepted until 12 a.m., Oct. 23.

After examining the applications, firms will compete in a Dutch auction model. The ceiling price has been set at $8 kilowatt-hour (kWh).

According to the Dutch auction model, investors who bid the lowest feed-in tariff price will be contracted for the wind power farm project for the generation of 50 terawatt-hour electricity.

The 1,200-megawatt (MW) offshore plant is to be located in Turkish continental waters in Saros in northwestern Turkey, Gelibolu Şarköy in western Marmara and Kıyıköy in Thrace. The investor, who will be contracted for the project, will establish the offshore wind power plant by choosing two of the listed areas on the condition of carrying out necessary measurements and surveys. The investor must start work on an 840-MW power plant and then continue with the remaining part to reach 1,200 MW.

The General Directorate of Renewable Energy under the Ministry of Energy and Natural Resources will be notified of the second part of the project within 42 months following the signing of the contract and is obliged to start operations at the plant within 72 months of the contract date.

According to the tender specifications, the investor must separately apply for a pre-license for the obligatory 840-MW plant and the remaining part. The license period for the offshore YEKA is 30 years.

The world's largest offshore wind farm will be a first of its kind with high technology in the entire Mediterranean region.

Around 60 percent of the turbines for the plant will be domestically manufactured in partnership with Turkish organized industrial zones. 80 percent of the engineers working on the project will be Turkish. The base of the wind turbines will be installed 50 meters below the surface. Each turbine will have an installed capacity of 6 MW.

Turkey's first wind power farm is expected to contribute to various sectors including logistics, cable production and manufacturing. The platforms and transforms will be manufactured domestically. The local industry, which will be integrated into the offshore wind power YEKA, will acquire experience for future projects since the Mediterranean is considered to hold vast potential.

Without exploiting the land, the offshore power plant will meet the high-energy demand of Turkish Thrace, enabling the consumption on the production base.

Training will also be organized to provide qualified staff for the project to ensure better utilization of the potential in Turkey's seas. Trained staff will gain experience and competence for national and international offshore platforms, including oil and gas exploration at sea.

Although offshore plants use the same technology as onshore platforms, the materials used in the turbines must be resistant to sea winds. Thus, offshore farms are seen as the zenith of wind power plants.

Sources indicate that leading firms have been interested in the project since tender specifications were disclosed Thursday.