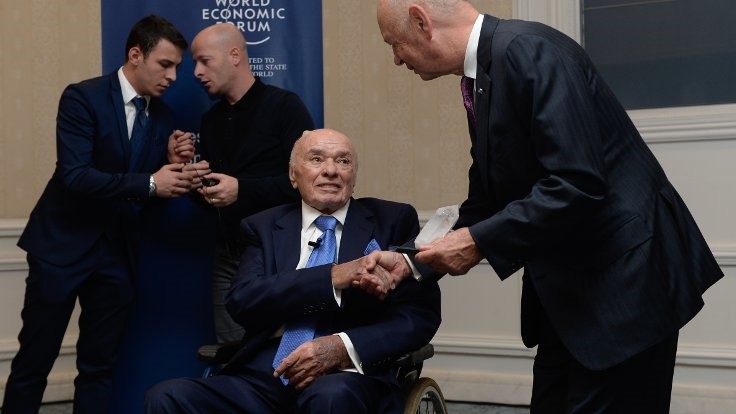 Billionaire entrepreneur and philanthropist Şarık Tara, the principal shareholder of one of Turkey's largest construction and energy companies, ENKA, died Thursday at age 88.

Holding officials told Anadolu Agency that Tara, who had been under treatment at the Acıbadem Hospital in Istanbul for 20 days, passed away on Thursday at 7:25 p.m. (1625GMT) after multiple organ failure.

Born in 1930 in Skopje, Tara graduated from Istanbul Technical University's Faculty of Civil Engineering in 1954.

Tara, whose net worth was recorded as $1.86 billion, founded ENKA with his brother-in-law Sadi Gülçelik in 1957. His son Mehmet Sinan Tara is the chairman of Tara Holding, which mainly works on projects abroad, focusing on constructing energy facilities.

Tara was also respected for his involvement in Turkey's domestic and political affairs, and was considered a catalyst for expanding the country's international relations during the 1970s and 1980s. He spoke into tensions between Turkey and Greece, declaring that the neighboring countries should not be enemies. He was also heavily involved in the actions leading up to the signing of the Davos Declaration in 1988 that helped normalize political and economic relations between the two countries.

Tara also developed strong business ties with Russia, as ENKA delivered goods and services after the breakup of the Soviet Union.

In 2016, he was awarded the World Economic Forum's first ever Business Statesman Award, honoring the achievements of leaders dedicated to improving the world. Executive Chairman of WEF Klaus Schwab called Tara a "recognized entrepreneur, a savvy political visionary and a well-known social philanthropist," lauding his foundation's provision of world-class education and sports programs for young people.

Tara ranked seventh in "The Richest 100 Turks" list made by Forbes Turkey business magazine in March 2018. In 2014, Tara was announced as Turkey's tax champion, with 37.6 million Turkish liras ($14.16 million) in taxes paid.

Tara's funeral will be held on Saturday after noon prayers.