Turkey and France agree to work together against US economic moves 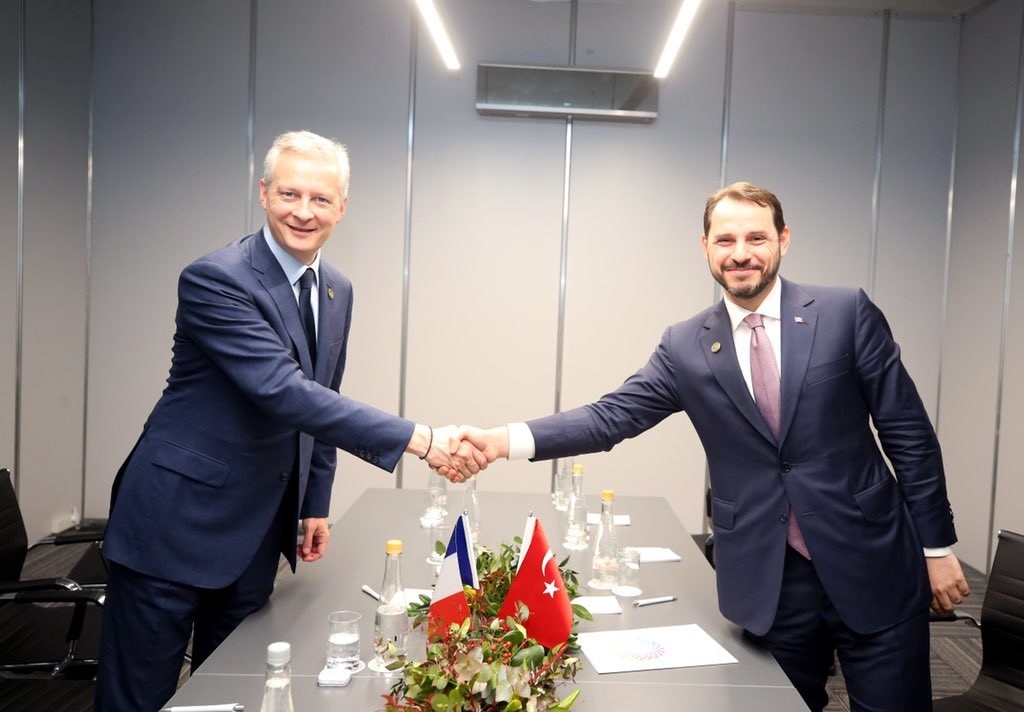 Turkish Finance Minister Berat Albayrak and his French counterpart Bruno Le Maire spoke by phone on Friday and discussed U.S. sanctions steps against Turkey, agreeing to act together in response to such moves, the Turkish ministry said.

The statement said that the two ministers decided to work closely to develop cooperation between Turkey and France and agreed to meet in Paris on Aug. 27.

Since the recent developments, a number of countries, including Germany, China, Iran, Italy, and Qatar, voiced support for the Turkish economy and called for a diplomatic solution to the problems between the two NATO allies.