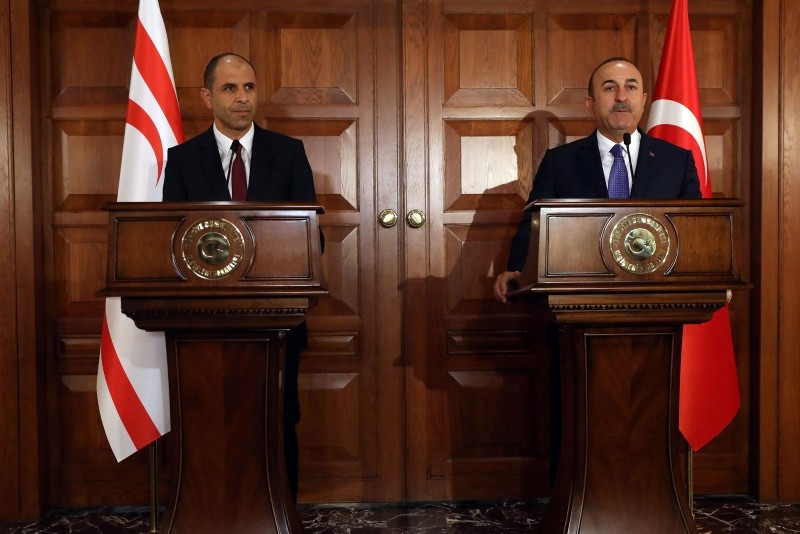 Foreign Minister Mevlüt Çavuşoğlu said Monday that Turkey could start drilling in the Eastern Mediterranean this fall as the country had already purchased a platform.

Speaking at a joint news conference with his Turkish Cypriot counterpart Kudret Özersay, Çavuşoğlu said the Turkish Republic of Northern Cyprus (TRNC) has territorial waters and a continental shelf which Turkey would take all measures to protect.

"Turkey has an economic area in the Eastern Mediterranean," he added.

Çavuşoğlu also mentioned that Turkey had earlier prevented the start of some drilling works in the Eastern Mediterranean.

"Now, we have a platform and we can start drilling," he said, noting that Ankara has discussed the issue with drilling companies and guarantor country Greece.

The minister added that he will also meet his Greek counterpart Nikos Kotzias on Tuesday in western Izmir province and discuss the Cyprus issue.

He said if the Greek Cypriot side continues taking unilateral steps, Turkey will start its own drilling activities.

Özersay also reiterated that if Greek Cypriots will continue their unilateral drilling activities, Turkish Cypriots will also "start drilling soon" in accordance with the license it has already provided to Turkish Petroleum.

Turkey has repeatedly warned the Greek Cypriot Administration about its unilateral hydrocarbon-related research in the Eastern Mediterranean, saying Turkish Cypriots also have rights to the resources around the area.

In 2017, after two years of negotiations, the latest attempt to reunify the long-divided Mediterranean island ended in failure.