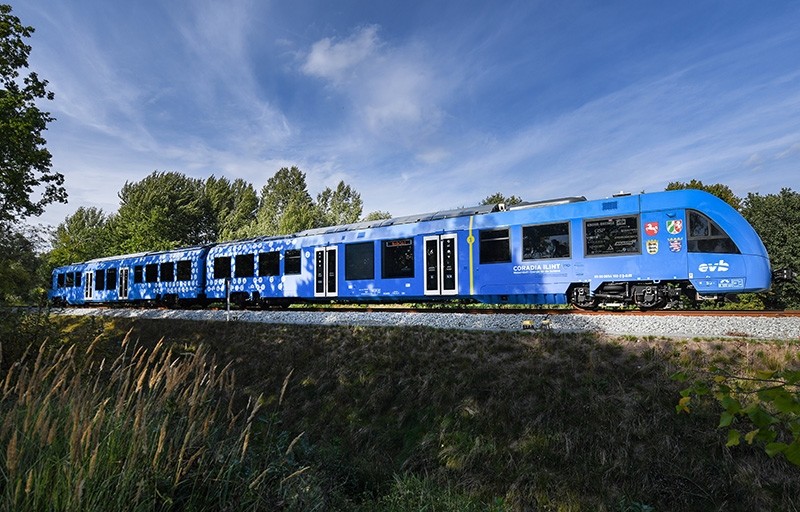 The 100 km route runs between the cities and towns Cuxhaven, Bremerhaven, Bremervorde and Buxtehude which were previously connected by only diesel trains.

The two trains were unveiled at a ceremony at the Bremervorde station where the trains stop to refuel with hydrogen.

In addition to the two Coradia iLint trains worth 81 million euro ($94.6 million), Alstom plans to build 14 more zero-emission trains for other states in Germany by the year 2021.

"Sure, buying a hydrogen train is somewhat expensive than a diesel train, but it is cheaper to run," Alstom's project manager Stefan Schrank said.

The hydrogen-powered trains can run for approximately 1,000 kilometers (621 miles) on a single tank and are a quieter, greener alternative to diesel-run trains which worsen the global air pollution crisis.

The trains are also being considered by Britain, the Netherlands, Denmark, Norway, Italy, France and Canada.