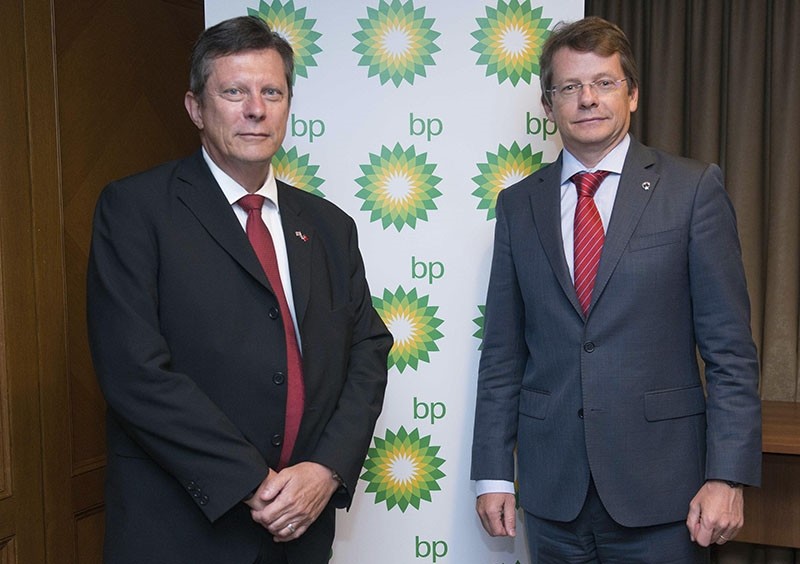 The Turkish economy can cope with economic difficulties because of its many geopolitical advantages, the president of BP Turkey said Tuesday.

Mick Stump's remarks came during his speech on Tuesday at a meeting of the Turkish National Committee of the World Energy Council (WEC) at Ankara's Sheraton Hotel.

"We still have great belief in Turkey. Every economy has its short-term problems, and Turkey will get through this one," Stump affirmed, referring to the country's currency challenges.

As one of the 20 developing economies worldwide, Turkey, located in an area of geopolitical importance, remains vitally important for BP considering its long-term potential, Stump said.

Turkey enjoys an enviable position in the field of energy diplomacy, Stump said, referring to its location close to Mediterranean, Caspian and Middle Eastern energy sources while adjacent to the European market's energy consumers.

Stump explained that the rich hydrocarbon resources in the Caspian could only gain access to world markets from Turkey.

"We have investments both in the upstream and downstream, and we want to continue to grow in Turkey where we have been operating for 106 years," Stump said.

"Over this time, we have made major contributions to the Turkish economy and the energy sector, as well as to society. For BP, Turkey is one of our strategic five markets in fuels worldwide. Today, there are seven hundred service stations in Turkey and we are continuing to add new sites every year," he said.

Stump declared that BP's work over many years with Turkey's giant companies included Turkish Petroleum and BOTAŞ for both the BTC project and for the Shah Deniz giant gas field, one of the world's largest gas-condensate fields off Azerbaijan's coast in the South Caspian Sea.

"Both companies have great expertise and experience, and have contributed hugely to the success of the BTC pipeline and Shah Deniz projects. We continue to look for new opportunities to partner and grow with these great companies both in the upstream and downstream," he said.

In response to a question on his recommendations to foreign investors considering investing in Turkey, he advised that investors think in the long term.

"Understand your market. Invest for the future. Stick with it through the difficult times. We have been here for 106 years, and we have had our ups and downs. We are still here and we are still growing," he said.

He added that although many consider BP as an international company, when it is present in Turkey it becomes a Turkish company. Localization has happened very quickly here, he said, adding, "We regard ourselves as a Turkish company."