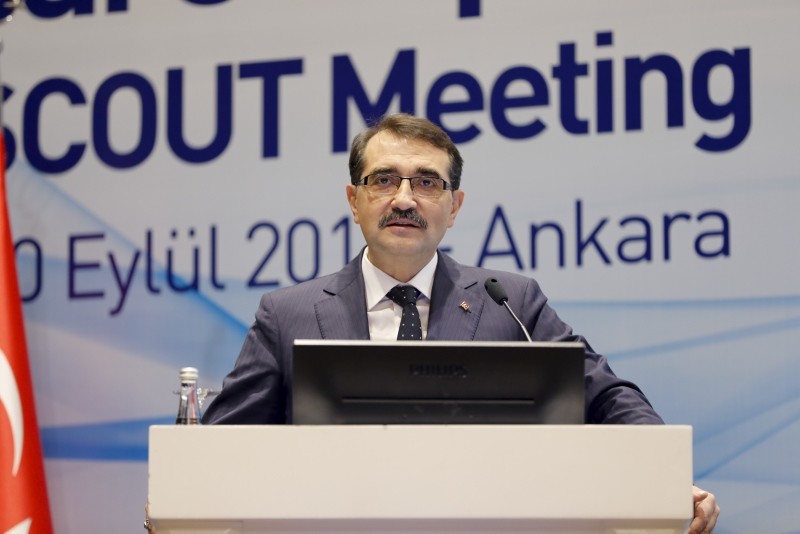 Turkey will not allow any unilateral hydrocarbon drilling or exploration in the eastern Mediterranean Sea, Energy and Natural Resources Minister Fatih Dönmez confirmed on Thursday.

Speaking at the 9th Exploration and Production Activity Consultation meeting in Ankara, Dönmez said that Turkey would not allow any parties to breach Turkey's rights or those of the Turkish Republic of Northern Cyprus (TRNC) based on international law.

Turkey on many occasions has contested the Greek Cypriot administration's unilateral drilling activity for gas in the Eastern Mediterranean, saying Turkish Cypriots also have rights to the resources around the area.

According to the Greek Ekathimerini newspaper, Greek Cypriot Minister of Energy, Commerce, Industry, and Tourism Yiorgos Lakkotrypis and Egypt's Oil Minister Tarek El-Molla signed an agreement on Wednesday for the construction of a sub-sea pipeline to export natural gas from the Cyprus Island to Egypt.

The pipeline will transfer natural gas from the island's Aphrodite natural gas field to a liquefaction plant based in the Edku town of Egypt's Beheira governorate.

Cyprus was divided into a Turkish Cypriot state in the north and a Greek Cypriot administration in the south after 1974 military coup was followed by violence against the island's Turkish people, and Turkey's intervention as a guarantor power.

Negotiations over Cyprus resumed after a 2004 UN-backed Annan Plan to reunify the Turkish Cypriot and Greek Cypriot communities.

The reunification talks — brokered by UN Special Cyprus Envoy Espen Barth Eide — were launched in May 2015 to discuss a permanent settlement for the divided Mediterranean island.

There has been an on-and-off peace process over recent years, the latest failed initiative having taken place in Crans-Montana, Switzerland in July 2017 under the auspices of guarantor countries Turkey, Greece and the U.K., collapsing earlier this year.

Turkey, in its capacity as a guarantor on the island, has also strengthened its presence in the Mediterranean Sea with its seismic and drilling vessels - the Barbaros Hayrettin Pasa, Oruc Reis and Fatih.

The Fatih vessel will conduct its first drilling in the Mediterranean in the new few months, he revealed.

This drilling is based on the success from Turkey's exploration and production industry, which has spent over $10 billion in the past 16 years.

"The exploration and production industry is creating $5 billion in value with its subsidiary industries today, but our potential is far above that," he said.

"We prevented imports of $20 billion in return for these investments, however, we are not at the point we want to be," he added.

He also vowed that domestic production would increase to support a strong economy and encourage more energy independence through utilizing Turkey's local resources.