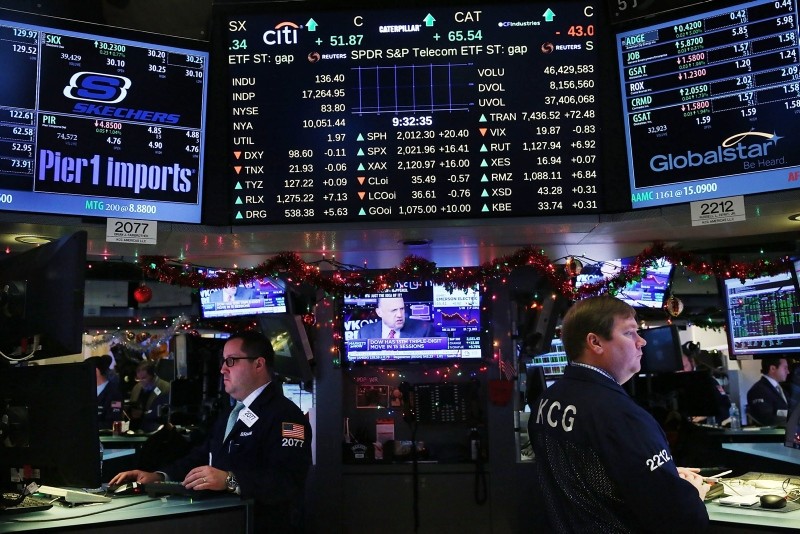 Wall Street kicked off the fourth quarter on a positive note on Monday, as a last-minute deal to salvage NAFTA as a trilateral pact helped ease trade concerns.

Canada and Mexico accepted more restrictive commerce in the new United States-Mexico-Canada Agreement (USMCA), which will make it harder for global automakers to build cars cheaply in Mexico and aims to bring more jobs to the United States.

The materials and energy sectors rose more than 1 percent. Energy stocks got a boost as crude oil prices hit their highest level since 2014 on a combination of the new trade agreement and U.S. sanctions on Iran.

Smallcap stocks were under pressure, with the Russell 2000 off 0.97. Smaller names had been seen as more immune to trade pressures and the index is now off more than 3 percent from its Aug. 31 high.

Tesla shares soared 16.8 percent as signs it had met targets for quarterly production numbers added to relief at Chief Executive Elon Musk's settling a lawsuit with regulators that could have forced him out.

Declining issues outnumbered advancing ones on the NYSE by a 1.13-to-1 ratio; on Nasdaq, a 1.61-to-1 ratio favored decliners.

The industrial sector, sensitive to trade developments in recent months, was up 1.1 percent, on track for their best day in five weeks.

"The nearer term issue is will it get through Congress because trade is always so painful to get through the United States political system."

The biggest boost to the industrials, however, was General Electric, which rose 8.0 percent and was set for its best day in three-and-a-half years after replacing Chief Executive John Flannery with board member Larry Culp, who, investors hope can transform the company's portfolio more quickly.