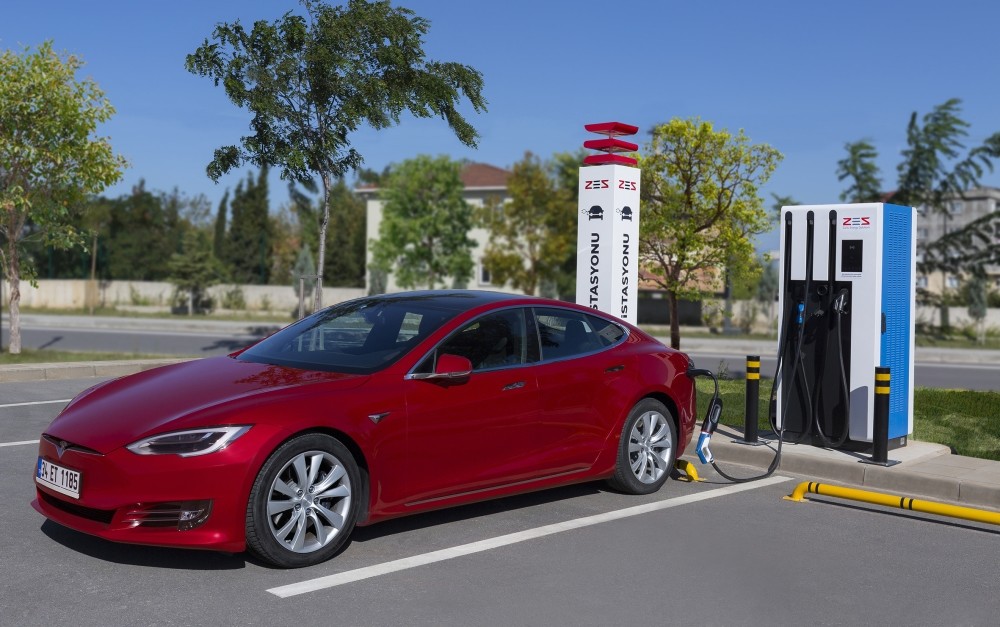 Turkey's Zorlu Energy Group is planning to increase the number of its fast charging stations on the Istanbul-İzmir-Ankara route to 25 from the current 10 by the end of this year, the group's Chairman Sinan Ak has said.

Ak announced that the company is also looking to build fast charging stations at 200 different locations by the end of 2019 to make it possible for electric vehicles to travel all over Turkey. To that end, the company will invest around $10 million.

The company is currently producing fast charging stations under the brand name ZES (Zorlu Energy Solutions). About the stations, Ak said, "Vestel, a subsidiary of the Zorlu Holding, is about to complete research and development (R&D) studies on the stations and plans to start mass production next year."

He told to Anadolu Agency (AA) that, "In this sense, we are at the outset of the business, but electric vehicles will be one of the most important issues of the future," he said.

Ak said that the number of electric vehicles in Turkey is still low and attributed this number due to the lack of fast charging stations.

He added that the charging stations can fully charge a Jaguar, the first mass production and long-range electric vehicle brought to Turkey, in 45 minutes. Fully charged the car can travel more than 400 kilometers.

Compared to vehicles that run on gasoline or diesel, electric vehicles save four to five times more power when vehicles are charged at a fast charging station. The cost is lower when they are charged at home, but it takes longer. It would cost TL 54 ($8.94) per 400 kilometers, but it will take longer to recharge fully. He said that four vehicles can be recharged at their station at the same time, adding that they have already set up 10 fast charging stations at different locations on the Izmir-Istanbul-Ankara route.

The Zorlu Energy chairman said that they would also launch a "rooming" system with the application and other charging stations apart from ZES can also be booked through the system.

Because of customs duties on U.S. cars, he said, mainly European, Japanese and Chinese brands will come to Turkey.

"We consider the work we have carried out under ZES to be an investment in Turkey. However, this investment will start to pay off in about three years' time. We are investigating how much of a burden electric vehicles bring to the distribution network," Ak told.

He pointed out that electricity distribution companies will have to include these stations in their investment plans after 2020.

Ak said that they are also planning to establish these fast charging stations abroad. "We want to include all southeast European countries, from Austria to Poland, to this system. It makes more sense to establish stations where there are no electric vehicles," he concluded.