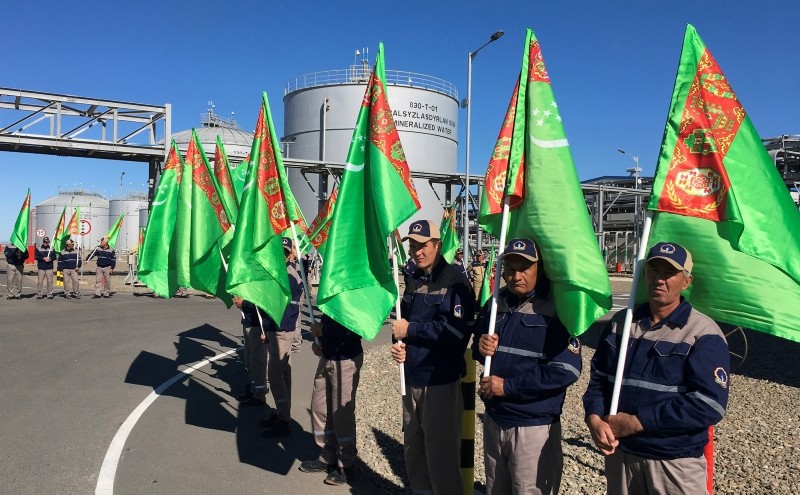 Turkmenistan inaugurated Wednesday a $3.4 billion petrochemical plant as the Central Asian state seeks to both obtain greater value from natural gas and reduce its reliance on exporting it to China and Iran.

The plant should produce 386,000 tons of polyethylene and more than 81,000 tons of polypropylene -- both used to make plastic -- by processing 5 billion cubic meters of gas per year, according to fuel and energy chief Myratgeldi Meredov.

President Gurbanguly Berdymukhamedov, who participated in the opening of the facility on the coast of the Caspian Sea, said it is part of the country's "extensive plans to diversify the Turkmen energy complex, to increase the economy's export potential by launching production of gas and chemical products that are in demand on the global markets."

While Turkmenistan sits on the world's fourth largest gas reserves, its isolation means it has struggled to take full advantage of them.

Its dependence on a few neighboring countries as customers was driven home when Russia decided to halt imports of Turkmenistan gas three years ago, leaving the country with just China and Iran as customers. Russia, however, is set to resume the purchases next year.

The chemicals produced at the plant will be exported to China, India, Turkey, Europe and other Central Asian countries via a new naval port.