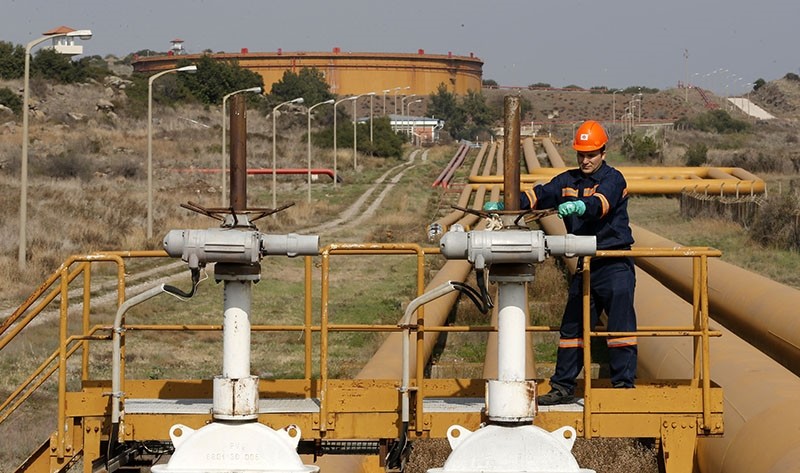 Oil prices and calendar spreads have softened significantly this month as traders became more confident about the availability of supplies toward the end of the year and into early 2019.

U.S. crude futures have plunged 11 percent over the past two weeks, hitting nearly a five-week low on Thursday at $68.47. The plunge shaved off more than $8 a barrel from a four-year high of $76.90 earlier this month.

Iran's exports have not declined as much as predicted a couple of months ago and it is now clear they will not fall to zero, even after U.S. sanctions are re-imposed next month.

Turkey's TÜPRAŞ, as well as refiners in India and possibly China, are reportedly negotiating with U.S. officials over waivers to enable them to continue purchasing at least some Iranian oil after Nov. 4.

At the same time, Saudi Arabia and other Gulf producers have boosted their exports in response to the earlier rise in prices and pressure from the United States to cool the market.

Traders, meanwhile, have become more cautious about the consumption outlook for the rest of 2018/19, with most indicators pointing to a loss of economic momentum outside the United States.

As a result, most major forecasters are now predicting a significant acceleration in non-OPEC oil supplies in 2019 as well as slower growth in consumption, shifting the outlook from one of continuing deficits back towards a surplus.

In part, the improved supply picture has come about because the surge in oil prices during August and September forced both the White House and Saudi Arabia to adapt their positions.

The United States has softened its insistence on forcing Iran's exports towards zero, while Saudi Arabia has ramped up its own exports in October and November to alleviate fears about a possible shortage.

In effect, the oil market found the pain threshold for the U.S. administration and pushed prices high enough to enforce a partial course correction from policymakers.

As the supply outlook has improved, traders have begun to scale back bets on a crude crunch occurring towards the end of the year.

Hedge funds and other money managers sold futures and options linked to Brent prices equivalent to 21 million barrels in the two weeks ending on Oct. 9, after buying 172 million barrels over the previous five weeks.

Portfolio managers have also sold contracts linked to WTI prices equivalent to 90 million barrels over the last five weeks, according to position records published by regulators and exchanges.

As hedge fund managers tend to concentrate their holdings in contracts close to expiry, which are more liquid, selling pressure has been most pronounced at the front end of the futures curve.

Nearby futures prices have fallen much more heavily than contracts with longer to run before expiry, shifting the entire futures curve from a steep backwardation closer to flat.

Brent's six-month calendar spread has eased from a backwardation of more than $2 per barrel at the start of the month to just over $1 on Wednesday.

In the past, the Brent calendar spread has been a reliable indicator of the supply-demand balance, and the recent softening of the spread is consistent with an improved near-term outlook for global oil supplies.