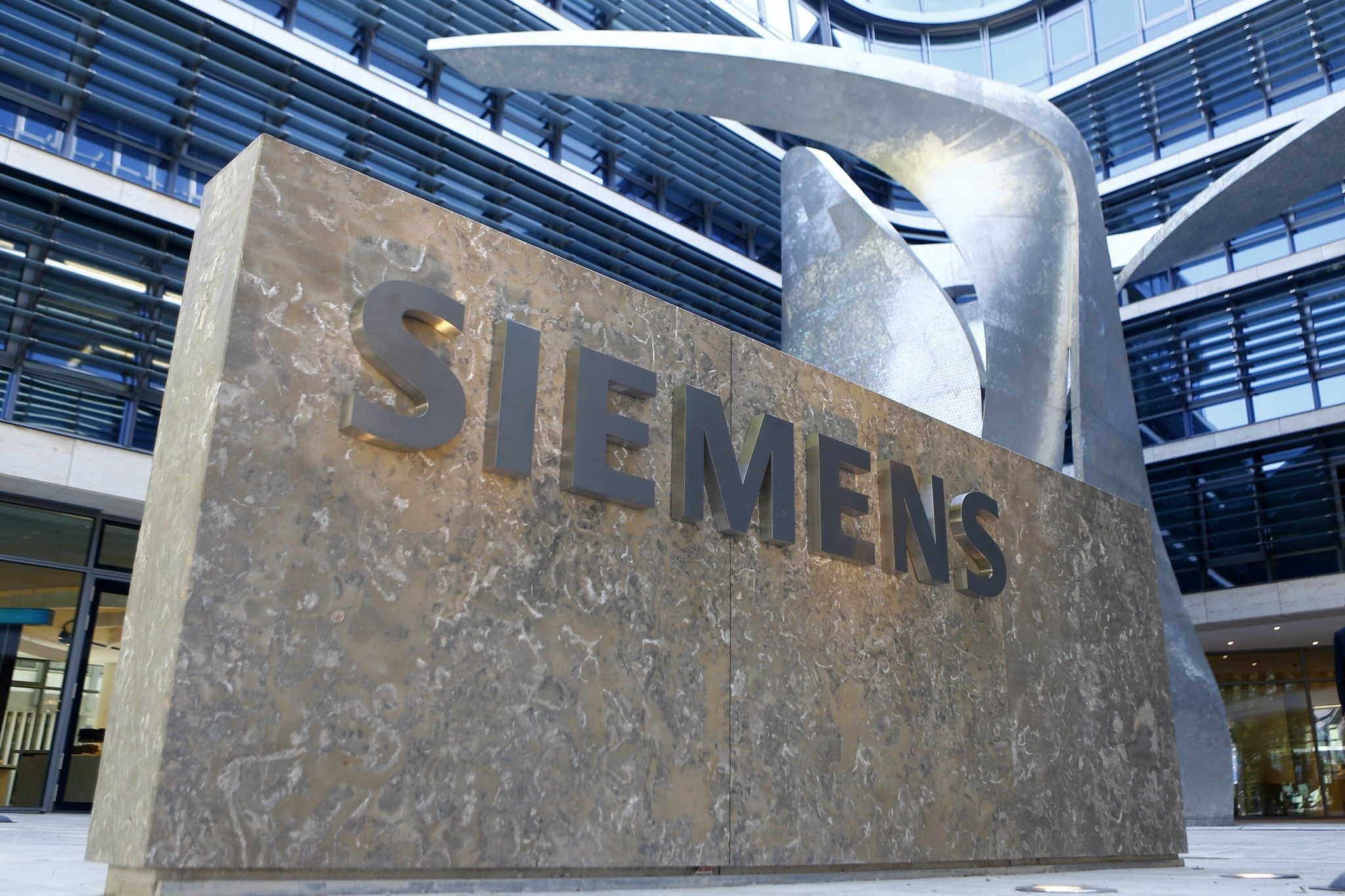 In this June 24, 2016 file picture the logo of German industrial conglomerate Siemens is pictured prior to opening ceremony at the new headquarters in Munich, Germany. (AP Photo)
by Compiled from Wire Services Oct 22, 2018 12:00 am

Multinational giants Siemens and General Electric say they have signed memorandums of understanding with Iraq to rebuild the country's electricity infrastructure.

The two companies, vying for contracts potentially worth billions of dollars, both released statements Sunday saying they have signed memorandums with outgoing Electricity Minister Qasim al-Fahdawi. It will be up to a new government, which could be sworn in within weeks, to sign binding contracts.

The government in Baghdad and Siemens said Sunday that representatives from the Munich-based company and the Iraqi Electricity Ministry had signed the deal to expand Iraq's energy capacities.

Later on Sunday, the Iraqi Electricity Ministry said it had signed a separate agreement with GE aimed at revamping the country's energy sector.

The pact includes upgrading electricity-generating units and setting up new ones, the ministry added in a statement.

"Future contracts will be prepared based on this memorandum to help solve the electricity crisis in the country," the statement added, without further details.

The Siemens deal signed foresees an expansion of Iraq's power capacity by 11 gigawatts over the next four years, equivalent to half of the country's current capacity, according to Siemens.

The "roadmap proposes cost savings in billions of U.S. dollars and generating additional electricity 24/7 for 23 million people," a statement from Siemens said.

"Our commitment to the Iraqi people stands strong. We promised them to achieve affordable and reliable power supply, help with anti-corruption, build schools and hospitals and create thousands of jobs," said Joe Kaeser, president and CEO of Siemens AG.

In comments made to the German weekly Welt am Sonntag, Joachim Land, the head of the industry group BDI, accused the U.S. of leaning on Baghdad to sign a deal with GE.

Financial Times and Bloomberg also said the Trump administration had pressured Baghdad to sign an exclusive deal with GE.

The U.S. embassy in Baghdad did not have an immediate comment.

Although Iraq has one of the largest supplies of oil in the world, its population suffers from poor power supplies, which has led to at times lethal protests in recent weeks and months.

Iraq's economy has suffered under a U.S.-supported fight against Daesh terrorists, who seized large parts of the country in 2014.

In December, Baghdad declared victory over Daesh and said it had retaken all territory that was under the terrorist group's control in the country.