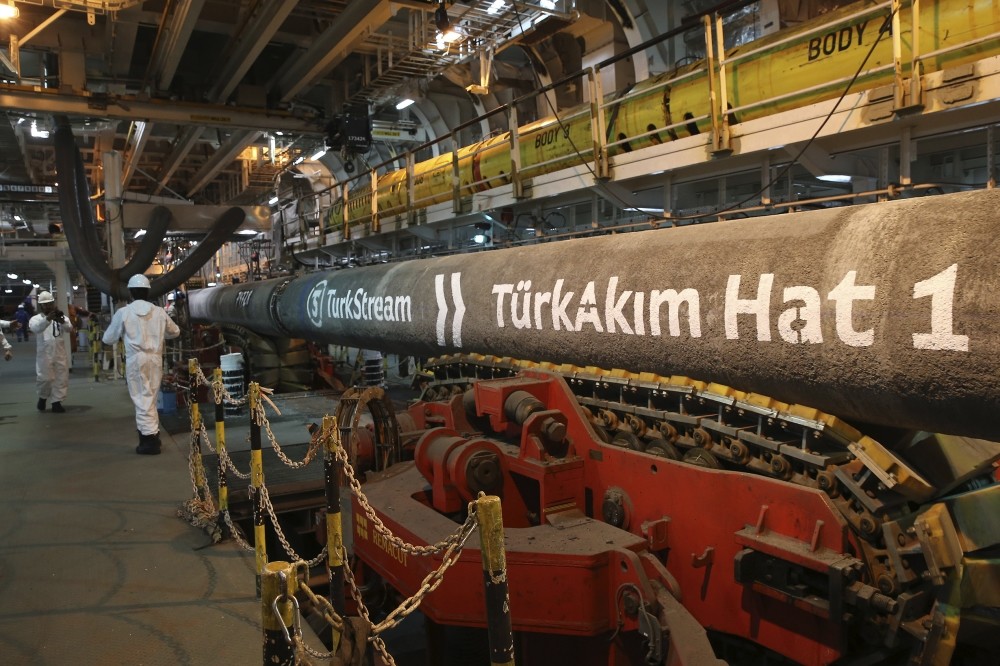 Russian President Vladimir Putin said Wednesday that they were exploring options of connecting Italy to the TurkStream natural gas pipeline project. "Regarding infrastructure and infrastructure development issues, we are examining all opportunities, including connecting Italy to TurkStream via Bulgaria, Serbia, Hungary and Greece," the Russian leader told reporters following talks with Italian Prime Minister Giuseppe Conte in Moscow. TurkStream is a transit-free gas export pipeline that will stretch across the Black Sea from Russia to Turkey and further extend to Turkey's borders with neighboring European countries.

The first line is intended for gas supplies to Turkish consumers, while the second will supply gas to south and southeastern Europe.

Medvedev, speaking to the Gazprom corporate magazine, said the company aims to transfer a record volume of 200 billion cubic meters (bcm) of gas by the end of this year, up from the 148.2 bcm exported in the first nine months of 2018.

"The construction of the offshore section of the second transit line of the TurkStream is in full swing. The deepwater pipe laying will be completed soon," Medvedev said.

"Next year, we also plan to begin construction of the land section of the transit line in Turkey. Currently, Gazprom is negotiating with the Turkish company BOTAŞ. TurkStream is scheduled to start operation in December 2019," he added.

In October, Moscow and Ankara signed an intergovernmental agreement on the construction of two underwater pipelines of the TurkStream project in the Black Sea.

The first line reached the Turkish shore at the end of April after 930 kilometers of deepwater offshore pipe laying from Anapa, Russia to Kıyıköy, Turkey.

TurkStream's first line will carry 15.75 bcm of natural gas to Turkey. The project will have a total throughput capacity of 31.5 billion cubic meters with the second line that will go to Europe.