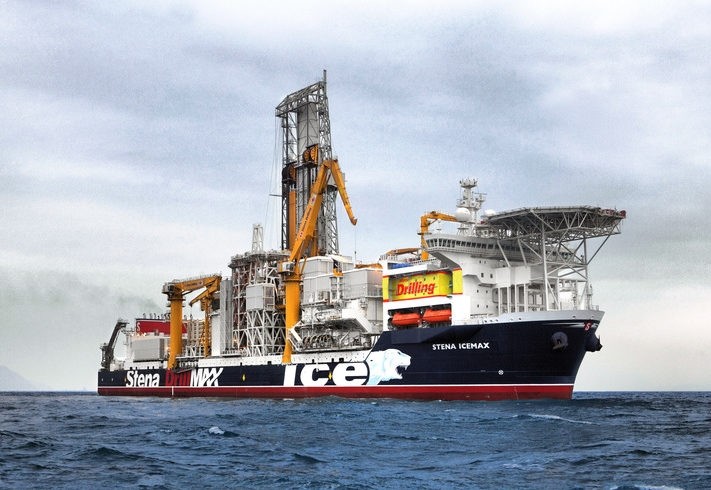 Natural gas discoveries in the Eastern Mediterranean have led to the hard negotiations over the route to transfer the commodity to the global markets in the cheapest and fastest way. So far, a number of studies by Turkish and Israeli experts have argued that a potential pipeline going through Turkey and benefiting from Turkey's pipeline infrastructure has been highlighted as the most logical and affordable solution.

Yet, the inability to reach a peace deal between Cyprus' Turk and Greek sides stand in the way of sharing natural resources and capitalizing on their commercial value. An accord, reunifying the ethnically split island, could unlock a deal to convey gas discovered to global markets through neighboring Turkey's existing pipeline network, Turkish Republic of Northern Cyprus (TRNC) President Mustafa Akıncı said Monday.

Akıncı emphasized that Turkey is the cheaper, faster and "logical" route to markets for East Mediterranean gas, but that a Cyprus peace deal must precede any such plans.

"Everybody could win from this," he told at a televised news conference.

Akıncı made the remark in response to an ambitious pipeline project linking East Mediterranean gas deposits and conveying them directly to Europe. The European Union has funded a feasibility study on the proposed Eastern Mediterranean pipeline that has the backing of Israel, Cyprus, Greece and Italy.

U.S. energy firm ExxonMobil is scheduled to begin exploratory drilling off Cyprus later this month. Turkey vehemently opposes a gas search unilaterally commissioned by the Cypriot government in the south, saying it infringes on its rights and those of Turkish Cypriots to the island's natural resources.

Akıncı said he is open to discussing a proposal by the island nation's Greek Cypriot president for a more decentralized federal government in a peace agreement that would grant more authority to the Turkish Cypriot and Greek Cypriot zones.​

Greek Cypriot President Nicos Anastasiades said last week his proposal could make a peace deal more workable by reducing the number of federal responsibilities where disagreement could lead to deadlock.

But Akıncı said Turkish Cypriots would never accept domination by the majority Greek Cypriots and are demanding "effective participation" in federal decision-making which he insisted was not veto power.

Earlier Monday, Greek Cypriots and Turkish Cypriots walked through a newly opened crossing point in the southeastern village of Dherynia in what peace activists are hailing as further breaking down barriers.

Dherynia and another crossing point in the country's northwest bring the total of crossing points to open since travel restrictions across the U.N.-controlled buffer zone were relaxed 2003 to nine.

Last month, Anastasiades and Akıncı designated Nov. 12 as the crossings' official opening in a bid to help build momentum toward restarting peace talks.

But a number of demonstrators at the crossing point voiced their opposition to the openings which they said help to entrench ethnic division.

According to ANA, the ship began preparatory works for drilling as of Nov. 15 despite Turkey's warnings to avoid Greek Cypriot administration's unilateral upstream activities around the island.

ExxonMobil was previously invited by the Greek Cypriots to bid on other unexplored blocks in the region.

These planned unilateral activities have angered Turkey, a guarantor of the Cypriot Island, and on Nov. 4, Turkish President Recep Tayyip Erdoğan cautioned that Turkey would never allow attempts to extort natural resources in the Eastern Mediterranean region without including Turkey and the TRNC.

During the launch ceremony of Turkey's first indigenous warship program to the Turkish Naval Forces in Istanbul, Erdoğan reiterated Turkey's position on exploration around Cyprus and said that Turkey's motivation is based purely on protecting the rights of Turkey and the Turkish Cypriots and not on encroaching on the rights, laws and territories of other countries.

Also speaking at the same ceremony, Defense Minister Hulusi Akar said any project that excludes Turkey's participation in the Aegean and Mediterranean regions would be unable to come to fruition.

"The Turkish armed and naval forces will take every step to protect Turkey's rights and interests," Akar warned.

Meanwhile, Turkey's first drillship Fatih, named after Istanbul's conqueror Fatih Sultan Mehmet, made its way to the Mediterranean late October – in an effort to cement its position as a key energy player in the region.