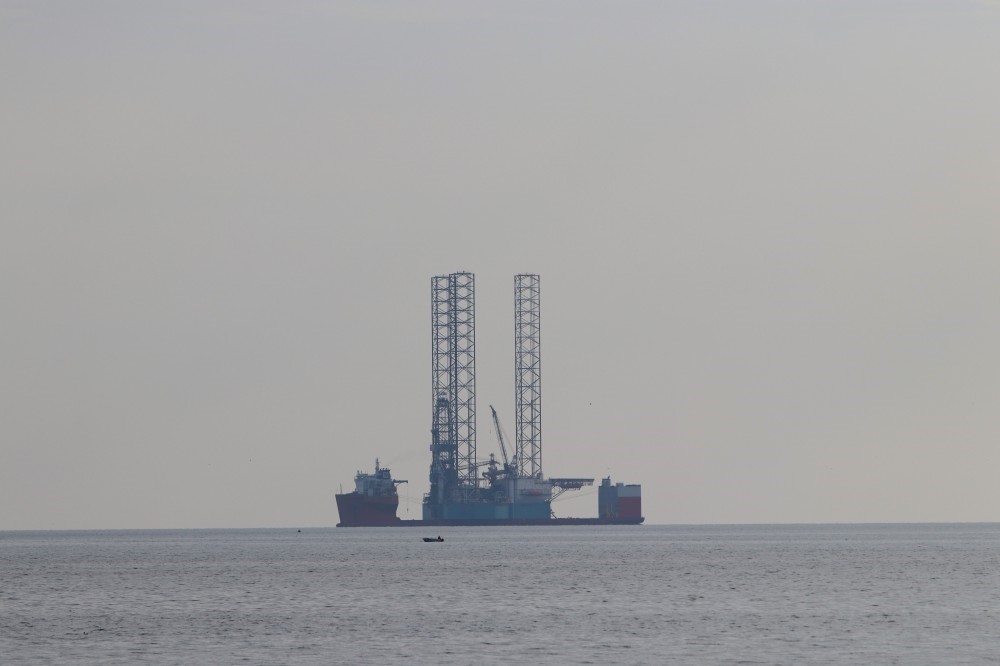 Turkey has intensified efforts to boost its presence in the Mediterranean by launching second offshore well-drilling activities off Mersin, a Mediterranean coastal town

The U.S.-based Rowan Companies' drillship, Rowan Norway, arrived on Turkey's Mediterranean coast near Mersin to conduct test drilling for hydrocarbon reserves around the region, according to the Turkish Naval Forces Office of Navigation, Hydrography and Oceanography (SHODB) on Monday. SHODB confirmed that drilling operations started yesterday off Mersin's coast and they will continue until January 19, 2019. Turkey's state-run oil firm Turkish Petroleum (TP) signed a contract on Sept. 24, which is scheduled to commence in late 2018, with Houston-based Rowan Companies to drill two hydrocarbon wells in the Mediterranean Sea for an estimated period of 100 to 140 days.

The Rowan Norway is classed as an N-Class ultra-harsh environment jack-up rig and part of Rowan's drilling fleet. The company is a global provider of contract drilling services with a fleet of 27 mobile offshore drilling units, composed of 23 self-elevating jack-up rigs and four ultra-deep water drillships.

"The company's fleet operates worldwide, including the U.S. Gulf of Mexico, the U.K. and Norwegian sectors of the North Sea, the Middle East, the Mediterranean Sea and Trinidad. Additionally, the company is a 50/50 partner in a joint venture with Saudi Aramco, entitled ARO Drilling, that owns a fleet of five self-elevating jack-up rigs that operate in the Arabian Gulf," the company explained.

Turkey's Energy and Natural Resources Minister Fatih Dönmez had confirmed last week that drilling would start in mid-November about 19-20 miles off the coast of Mersin.

Turkey's first drillship Fatih, named after Istanbul's conqueror Fatih Sultan Mehmet, made its way to the Mediterranean late October to start drilling in the Alanya-1 well, offshore from Alanya, a district near the Mediterranean town of Antalya. The country is also planning to add a second drilling vessel to its fleet as the country looks to become more active in drilling operations in the near future.

Turkey's initiatives in the Mediterranean aim to boost the country's position as a key energy player in the region as well as to protect its own interests and those of the Turkish Republic of Northern Cyprus (TRNC) against any unilateral action to appropriate the natural resources in the Eastern Mediterranean.

U.S. energy firm ExxonMobil is scheduled to begin exploratory drilling off Cyprus later this month. Turkey vehemently opposes a gas search unilaterally commissioned by the Cypriot government in the south, saying it infringes on its rights and those of Turkish Cypriots to the island's natural resources.

The Stena Icemax, a drillship leased by ExxonMobil, arrived in the offshore Block 10 of Cyprus to conduct upstream activities, the Athens News Agency (ANA) reported Monday. According to ANA, the ship began preparatory works for drilling as of Nov. 15 despite Turkey's warnings to avoid the Greek Cypriot administration's unilateral upstream activitie

s around the island.

A senior U.S. official said yesterday ExxonMobil must abide by U.S. laws and the legislation of the country it is operating in, responding to a question about the American energy firm's hydrocarbon exploration activities off Cyprus.

Describing the energy issue in the island as a very difficult subject, the official emphasized that hydrocarbon resources must be shared with an accord negotiation between the parties.

Speaking of the exploration activities of foreign companies in the Eastern Mediterranean, Foreign Minister Mevlüt Çavuşoğlu said yesterday Turkey has the longest shore in the Mediterranean. "Turkey has taken necessary measures to protect its legitimate rights in the west and north of Cyprus," he said. Turkey will not allow any unilateral initiative in the region, the minister added and recalled the country's previous interventions. Last month, Turkey blocked the operations of survey ships belonging to Western energy companies commissioned by the Greek Cypriot administration in the Eastern Mediterranean to explore resources in Block 7 of the exclusive economic zone (EEZ.)

In 2011, the Turkish Cypriot government called on the southern administration to cease operations run by multinational energy companies like Noble Corporation in the unilaterally declared EEZ, which had been single-handedly declared without the inclusion of the north in previous negotiations.

Turkey's seismic vessel Barbaros Hayreddin has been conducting surveys in the region since 2015 when the two sides signed an agreement that gives Turkey exploration rights for 30 years.

The island of Cyprus has been divided since 1974 when a Greek Cypriot coup was followed by violence against the island's Turks and Ankara's intervention as a guarantor power.